And She Is A Beauty!
gratisaustralis/April 21, 2017/Australia,  Queensland 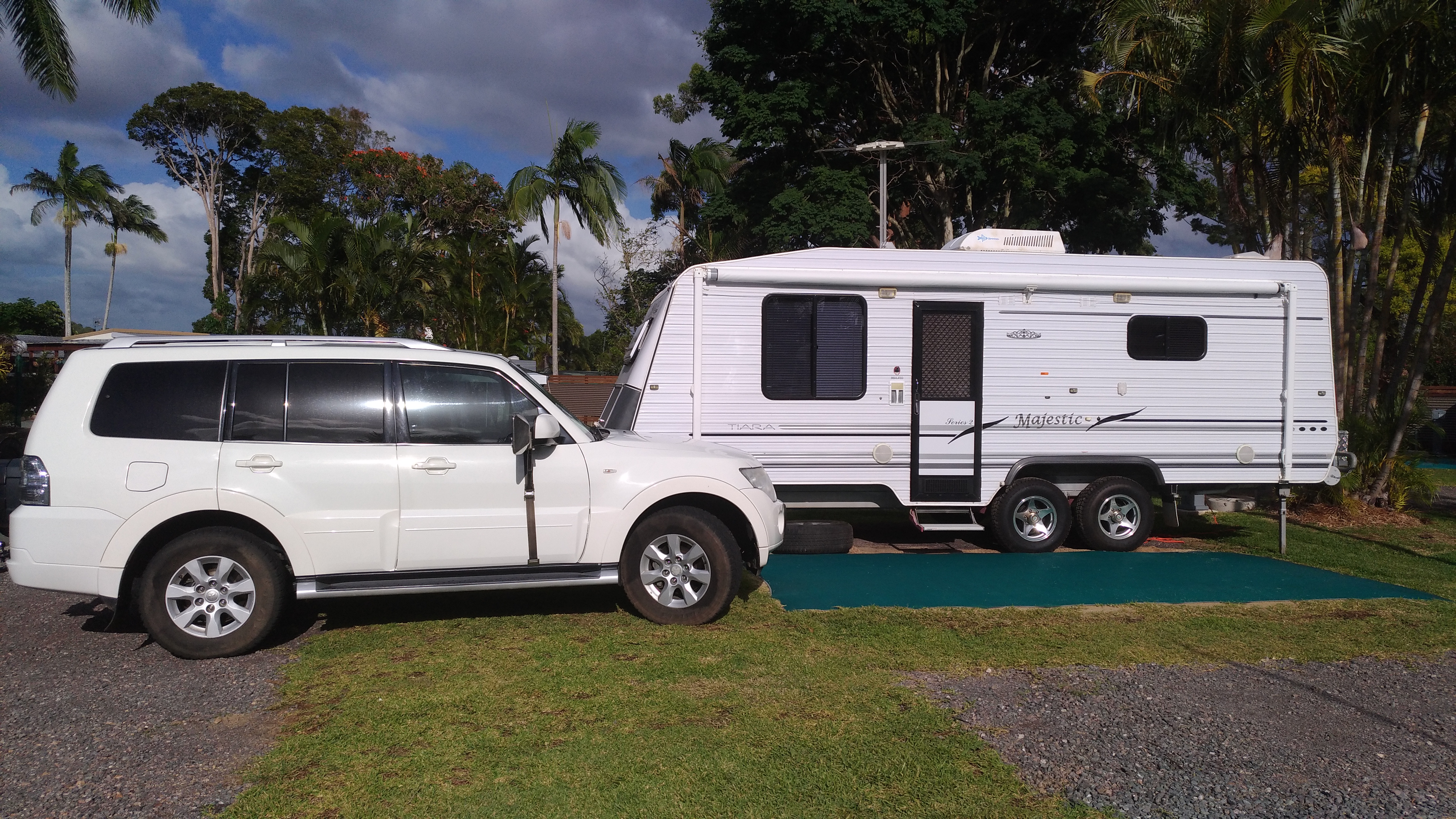 It’s been a busy couple of days that have left us exhausted and falling into bed at night.

Prior to collecting the van on Wednesday, we drove to Kedron Car Electrics (auto electrician) who wre situated in Kate Street, Kedron, in order to find out what the issue was with regards to the brake lights and so forth not working on the van. Learning that we were on a tight time frame, they booked the car in immediately and quickly discovered the problem: water had come in through the car window, entered the BCM unit and caused the wires inside to rust. By lunch time, Bob and I were on our way to Kratzmann Caravans.

Van hitched, with a couple of stops along the way in order to purchase a few basics such as crockery and cutlery, we were off to Maroochy River Park.

Situated on Diura St, Maroochydore, the park is just across from the Paynter River. Beautifully designed, and the people are friendly and the park owners even have a tiny tractor used for parking the vans.

Plenty of shady trees provide the perfect perch for parrots who raucously greet the morn and eve.

Yesterday found us visiting a variety of stores. The bed was good and firm, but required a little more padding, a few more storage containers wouldn’t go astray, vital tools for repairs, kettle for the stove, printer, cleaning liquids and so forth.

A bit of drama last night.

Sometimes Bob forgets his own strength and that can create a bit of excitement.

Exiting the van, he locked the door, then proceeded to lift the handle to check all was secure. Next thing my beloved knew, his hand had come away with the metal lever clasped in his fingers. The handle had snapped clean off!!

There we were! Towels in hand for our showers: no torch, no car keys, no phones, no money, unable to enter the van and rain ready to pour down once more.

In the poor light, using the piece of metal handle, we attempted to jimmy open the miniscule bit of lock that still remained attached to the door. Time and again, the catch frustratingly slipped into its usual position.

Can you picture the smoke coming out of Bob’s ears by now?

Some time later, tired and ravenously hungry, Bob grudgingly admitted defeat. Off to the van of one of our neighbours he trudged, where he requested the use of a pair of pliers.

A little happier now, he returned, opened the pliers and clamped them to the latch. With bated breath, I watched as he failed once, twice, then thrice. Fourth time, success!

Door open, in we headed. Delving into his newly purchased tool kit, out his hand came with his pliers. Out he headed – I chose to wait in the van whilst Bob tested to ensure entry could still be gained on our return from tea.

Borrowed tool returned, into the car we clambered and off to tea we drove.

Bob does feel a little better. The handle is apparently a weak link in many vans and the breakage is a common occurrence.