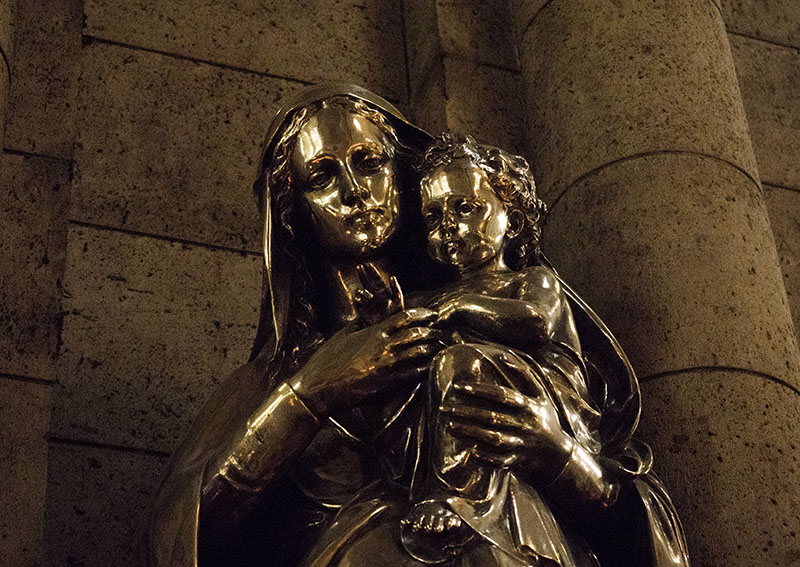 Arriving at the Arc de Triomphe, Bob and I circumnavigated the structure before arriving at the entrance to the pedestrian tunnel that led the visitor beneath the road and up to the base of this impressive structure.

Constructed at the behest of Napoleon in the early 1800’s, its purpose was to honour the French troops who had brought the rest of Europe to its heels.

Double the size of the Roman Arch of Constantine, the workmanship on the world’s largest commemorative arch was superb!

Last stop of the day was the Sacre – Coeur Basilica at Montmarte. Impressive was the word that came to mind as we trekked up first the hill, then the multitude of steps to the top. From here, we could see much of Paris – what a sight!

Since early human habitation, the site that rises in excess of 200m above the Seine, has long been a sacred place for worshippers: the druids of Gaul, Roman temples, a twelfth century catholic church and finally the 19th century basilica of today.

Almost 90m in length and 35m wide, with the outer dome rising to 83m in height, for us, this was more impressive than the Notre Dame.

Inside was the ‘wow’ factor!

The mosaic, named ‘Mosaic of Christ in Glory’ was beautiful, and is counted as one of the largest to be found.

For those who have issues with knees and so forth, on heading down, to the left of the Basilica we found the lift that would carry us down the easy way.