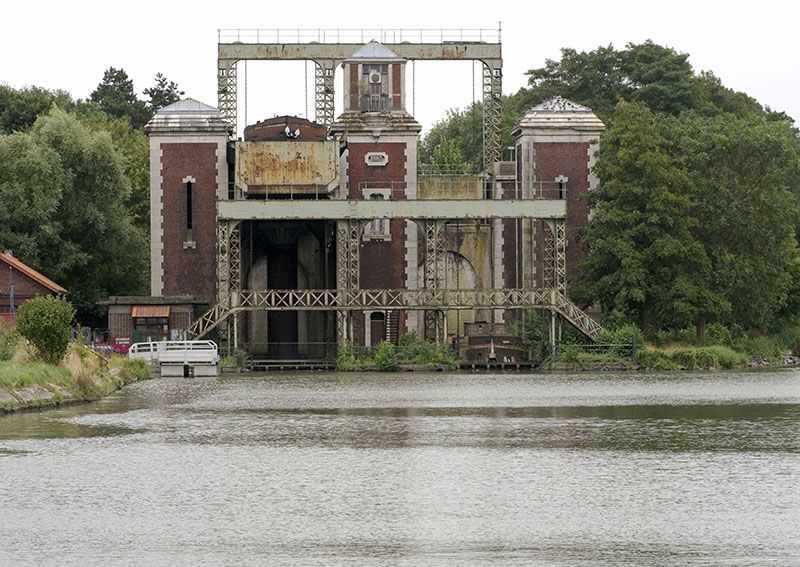 Recent rains had commenced the process of flushing away the green algae and the gates at the lock were overflowing.

It was a pleasant 30km or so motor along a waterway lined with a mix of forestation, farms,

and an occasional industrial site.

Constructed in 1885, the boat lift was the work of British engineer, Edwin Clark.

Recently placed on the France’s historical monument list, we read that it is to soon be restored.

As our approach took us closer to the structure, it was possible to view the two barges still residing within.

Our intended mooring at Bethune was unsuccessful. Mostly set up for large barges, the mooring spot dropped to 1.4m some distance from shore, so Big G didn’t have a hope with her 1.45m draft.

For the shallower boat, it’s a peaceful spot.

On we continued to a mooring that was about one kilometre past Beurvry. Here was a 36 hour mooring for visitors:  no power available, but for us, that wasn’t an issue.