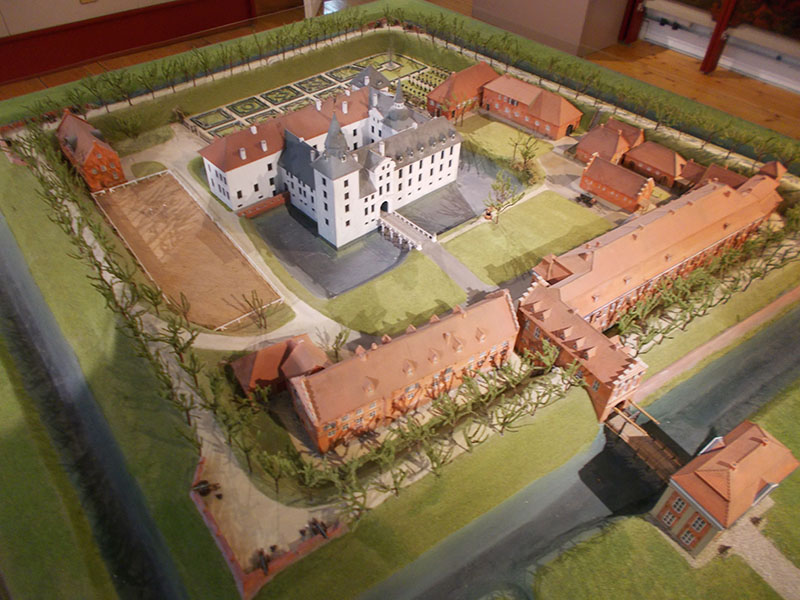 There is only one drawback to the Ostfriesland region: it rains every few days.

The general pattern appears to be 3 days sunshine – the third of which becomes hot and humid with no wind, then a day or two of grey with continual rain and little wind, followed immediately by a change in wind that puts a slight chill on the air and drives away the clouds. The cycle then commences once more. We have been informed that spring is the best time weather wise.

That aside, the region is beautiful, people exceptionally friendly, and you appreciate the warmth all the more. It also means we slow down and take a break whilst waiting it out.

This afternoon, the cloud appeared to be lifting, so we braved the drizzle and walked in to see the Ostfriesland Museum. How well set up this was for both children and adults. An audio handpiece provided us with a rendition in English whilst we explored the main exhibition area, and there was also one available for the older children.

There was so much of interest:

A detailed map detailing the heights of the land.

People have actually resided in the region since between 9,000 and 7,000BC. Burial mounds thousands of years old, a 4000 year old plough, and pottery have been unearthed.

This scene depicted the preparation for a burial tomb.

The palace as it originally appeared. The princes here stopped ruling the region after the last of the male lineage died in the mid 1700s.

A quilt of the region.

The Pingelhus was constructed in 1800. Aurich’s port was originally closer to the centre of town. This was the building from which people departed for Emden. The word ‘pingel’ is from Platt Deutsch and means ‘ringing’. Ten minutes prior to the passenger ship departing for Emden, the bell atop the building was rung. Originally two stories, the lower section now lays beneath the soil that was used to fill in the old port in 1959.

A depiction of how the original harbour and Pingelhus appeared – with moving boats,

and the Pingelhus of today.

To finish off, a few seals.

Thank you Terry for the use of your camera and the photos you took.