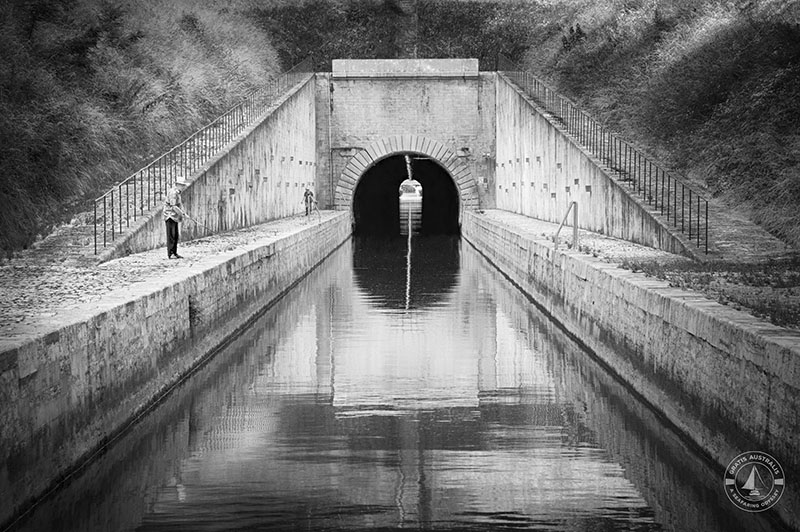 The river continually slowed and the countryside became more picturesque.

Speed travelled depended upon the depth plus the number of locks and waiting time required waiting for entry.

The Petite Saone greeted us on our passing through the Auxonne Lock. Here the depth ranged between 2.8 and 6 metres. It was a little like being on a large lake, the water appeared so still. Occasionally, we sighted a lone turtle as it sunned itself upon a log, and tiny dragonflies hovered in mating pairs along the tree lined, waterlily filled bank: a little reminiscent of the first miles upon the Canal du Garonne.

Within the dappled multi – green coloured leaves of the trees, of which there had to be at least 10 varieties, the sweet warbling notes of birdsong emanated.

At one stage we motored past a beach where people were bathing.

Not long after, the Gratis brought us upon this most peaceful of scenes.

Whereas it was required to radio or ring the lock keepers prior to entering the locks upon the Big Saone and Rhone, in Petite Saone a long blue pole dangled out over the water just prior to arriving at the lock. It was a matter of gently edge Gratis in, whilst I leaned over the bow, and with an anti – clockwise twist of the pole, set the process in motion.

There was no requirement for one of the crew to alight prior to entry, as ladders were provided within.

On the whole, it only took 20 minutes from start to finish: it was only when joined by other boats that the duration increased.

Locks and their bollards were varied this day. Heuilly, weedy upon both banks upon entering, had fixed bollards within the wall on both sides and the influx of water was quite sedate, whilst in Apremont, the flow was a little stronger and upon exiting, willows lined the port side bank where dragonflies the size of plates hovered, whilst Gray and Rigny were a narrow 5 metres in width: thank goodness for the fenders.

Each lock was immediately followed by a canal that bypassed a section of the Petite Saone and concluded with the narrowest of flood gates, through which we travelled and returned to the river.

In all, this river was much easier to navigate than the Midi and Garonne with their bypasses that carried strong flows.

In the town of Gray, there were plenty of moorings, however a one metre draft was required. On Gratis motored.

We were truly in farming country now: landscape a mix of brown stubble, green pastures where brown and white cows grazed or occasionally entered the water to drink and farmers upon their tractors baled the hay, or densely tree covered.

After motoring along the base of tree encrusted hillside, at pk 306.7, a sharp left hand turn led us into the almost 4 metre high Savoyuex Lock, where we were surprised to find no pole or bollards: a keeper who controlled the one way traffic let us in and, taking hold of the mooring lines upon a pole looped them around the bollards before returning the ends to us.

This was the commencement of the run into the 640 metre long Savoyuex Tunnel. Exiting the lock, a narrow fully bricked canal led us ever closer to the gaping black hole ahead. What a difference to the Malpas Tunnel in the Midi! Temperature immediately dropping a good ten degrees, here lights lit the way through the dark musty dank air beneath the hillside.

7pm upon us, our intention had been to spend the night in Port Savoyeux which was situated within the canalised section just after the tunnel. Chock a block full, there was no option but to continue in hope of finding a good mooring area upon the river: a difficult task as the banks had been shored with rocks, or the remainder of trees lurked just below the surface. An option was that of continuing on to the next lock and tie to the mooring there, however they were set up for the barges and no low pontoons were provided for the sailing boat. Just past Recologne, was Pont de Recologne. Locks now closed traffic would no longer be traversing the waterways, so despite the fact we were not supposed to, Gratis was tied to the bridge railings. Tranquil and calm, this was the perfect night stop.

The evening cool upon us, Bob and I alighted for an evening meander along a pathway that wound along the water’s edge. Just over a kilometre later (approximately pk320) next to Ferrieres – les – Ray, we came to what was in the book noted as ‘ecluse de garde’ with the flood gate sign. Imagine our surprise upon finding inside the flood gates the perfect mooring pontoon inside! Back we hurried and, engine on once more motored on down for a restful night. It turned out to be an actual lock that is used in times of flood.