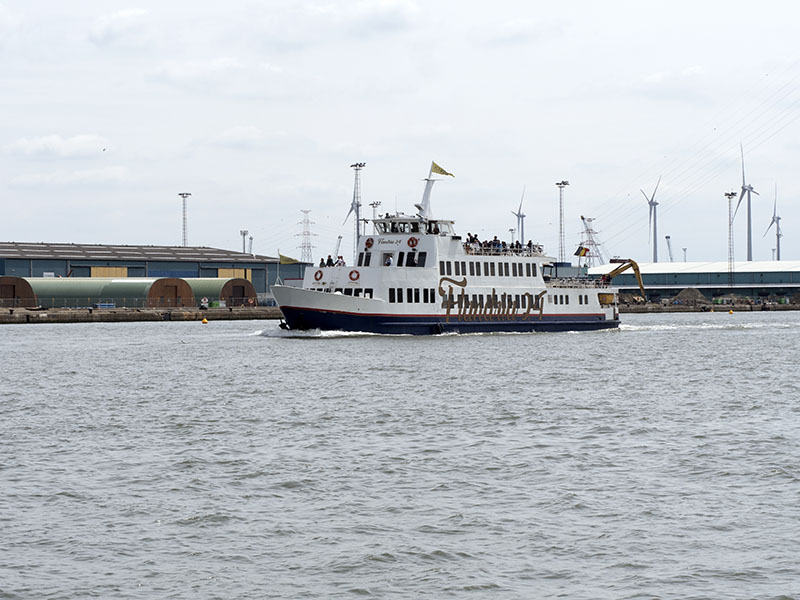 This day saw us re – entering Belgium, via the Schelde – Rijn Canal. One easy lock,

One of the reasons why a boat must be secured.

and a lifting bridge or two made for an easy 40km or so motor.

Large ships were towed in by tug.

The building at the bridge that allows entrance to the Willemdock marina was an interesting amalgamation of architectural styles.

Gratis moored, bikes off, into the old city centre went we. The colossal size of the cathedral was a wow factor, as were the medieval buildings that encircled it.

This was an interesting display found on one of the building s at the marina.