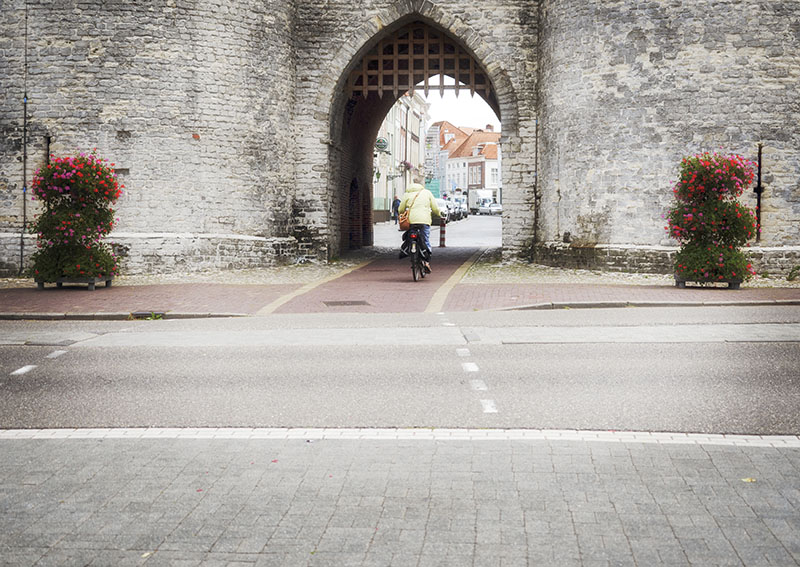 Situated just 42km from Antwerp, the town Bergen op Zoom is in the perfect position for sightseeing. From the marina, it is a short four minute bike ride, or fifteen for the walker, into the town centre.

Despite its canal network being filled in during the nineteenth century in conjunction with the growth of the city, the old centre has retained its heritage.

One of five gates situated within the walled fortifications that once surrounded the township, dating to the mid – 1300s, the Lievevrouwepoort or Gevangenpoort – is the oldest standing structure in the township. With the decline of the fortified town, the city walls and gates fell into decay and, except for this one beauty, were removed.

Renovation of the Lievevrouwepoort to place in the sixteenth century and, with an addition or two, it became the town’s prison until 1932, whereupon the structure became a museum. Today, the building is an exhibition centre.

There is always something slightly different to find.