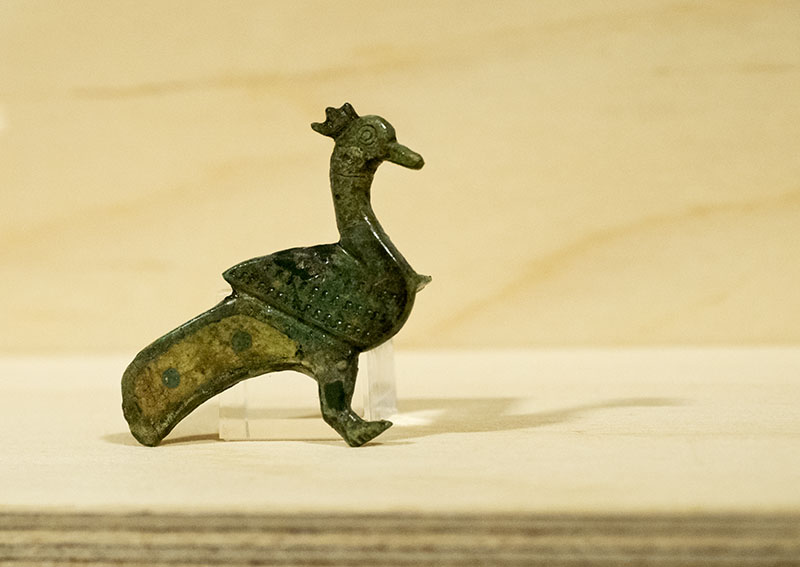 Another beautiful bike ride through Belgian farming country led us from Geraardsbergen to first the township of Zottegem, then on to the museum in Velzeke.

There was just one word to describe this museum: sensational!!!!

to the present, the past was brought to life via a variety of mediums.

It was possible to hold and feel. We even saw flint, the stone used to start fires.

Utensils were lovingly repaired and brought back to life.

There were dioramas and art works depicting life: it was pretty cruel at times

The chain mail was so heavy I couldn’t lift it

and Bob could only hold the shield for so long: those guys were seriously strong. The men of yesteryear would probably call our men of today wimpy.

I dread to guess what the weight of a suit of armour on top would have brought the weight up to.

How was this for hair!

one could easily have spent a day there.

Love this shot of Bob on the old Roman look alike toilet.

Just across the road was the archaeological site in which uncovering the past still takes place.

A national holiday saw few visitors stepping through the door this day and Bob and I found ourselves receiving a personal tour in English and were even presented with a book about it in english.

Some interesting facts from the booklet.