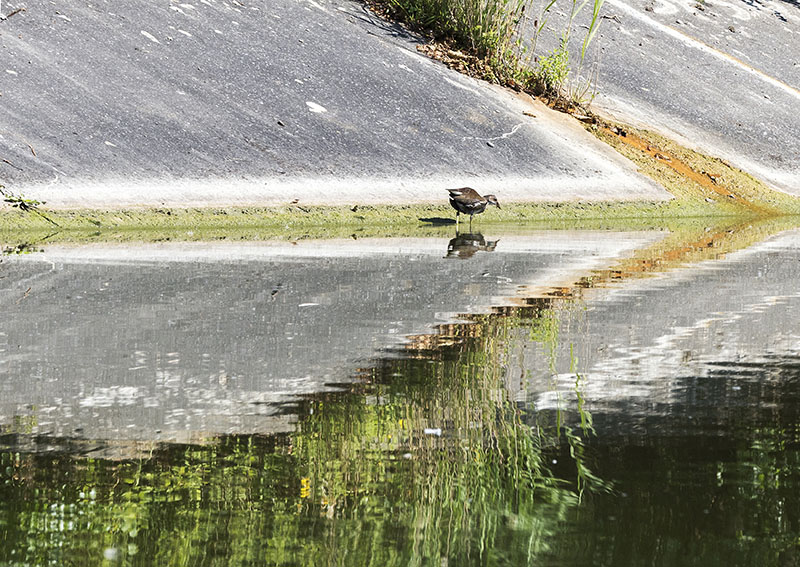 The part required for the running of the engine arrived via courier at the mooring dock just after lunch.

By mid – afternoon, our sojourn along this not oft traversed section of water by pleasure boats commenced and, with the three locks at Kortrijk only operating between 9am and 4pm, it was a short run with passage through only two of the locks prior to the township.

An aerator was in place to ensure a healthy waterway.

At lock 8 one espied the original lock hidden behind undergrowth.

Peaceful, a few new species of birds sighted by the time we arrived at our night’s destination.

Here water lilies had claimed the banks’ edges where birds dined and bathed in the afternoon glow.

With no moorings provided for a night’s stay at the actual locks, Gratis was moored just past the last of the bridges about a kilometre before Lock 9.

Just a word to advise that when taking this waterway be prepared for a relaxing meander and expect a day to do the 16 or so km as the locks are slow and gentle.