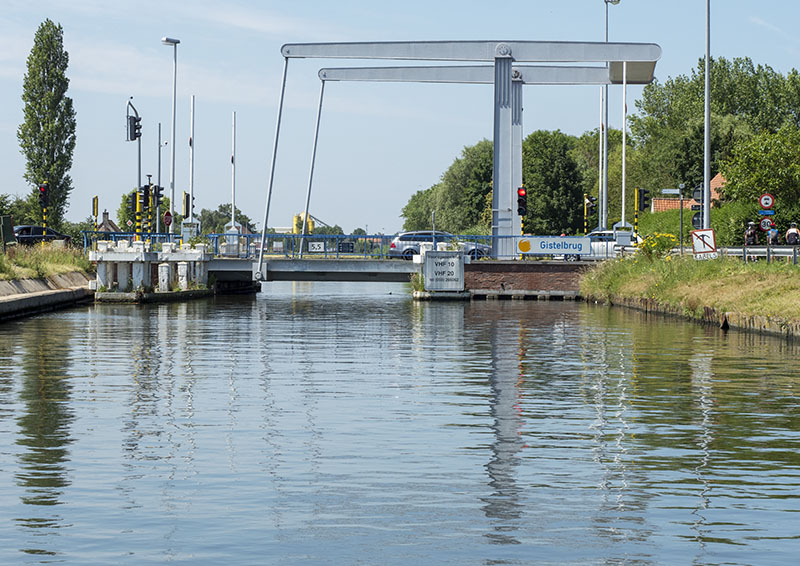 It is best to be at the first bridge in Brugge by 9 for the morning convoy run. If missed, there can be long waits for the late comer.

For us, this was a gentle rerun of our journey of last year, except no rain.

An unusual lift bridge along the way.

Arriving at the lock leading into the Kanaal Plassendale – Nieuwpoort, Bob and I were surprised to find both sets of gates open.

All that was left was for the lock keeper to raise the bridge.

arriving at the Westhoek Marina lock, a short wait whilst it was prepared, and the boats lowered. Upon exiting Gratis motored into the marina basin, much of which was covered in dinghies full of children out sailing. Being 3:30pm, the decision was made to spend the night, then set out toward Ieper (Ypres) on the morn.

With drought conditions continuing this year, we enquired about water depths. We were informed that the depth in Kanaal Ieper – Ijzer had dropped significantly over one night and is now 1.2m rather than the 1.5m detailed in our book – Gratis won’t be going down there. Looks like it’s a bike trip, or two.