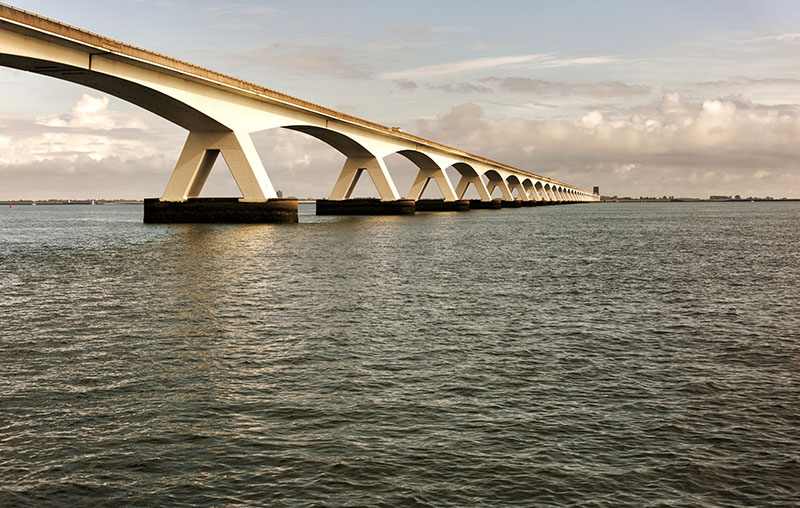 Fishing boats were out on the Oosterschelde where tall sapling trunks marked their channels were placed.

With it being close to low tide, the guides were necessary.

Having passed beneath the last of the major bridges for the year, we passed through the lock that led us from the Oosterschelde National Park into the Veerse Meer, where the landscape changed significantly.

South of us the land was covered in the thickest of forests and the colours of Autumn lit the countryside, whilst to the north it was wetlands, open meadows and market gardens. Placed at regular intervals were a series of moorings (no electricity) upon which the cruiser could tie for the night. Not us, though! We will admit to being wimps, as the thought of cooler nights – down to 8 or so degrees – without a low heat warming the air doesn’t appeal.

So, Gratis wended her way in and around the numerous islands dotted along the water course, with the marked channel making life quite easy for us. Forty – six kilometres after starting the day’s journey, Big G turned into the Haven Kanal that led us to Uithaven Marina: another of those peaceful night moorings.

Once an estuary, the Veerse Meer opening to the sea was closed by the erection of the Veerse Gatdam. This turned the water course into a massive lake that water enthusiasts have made a recreational heaven.