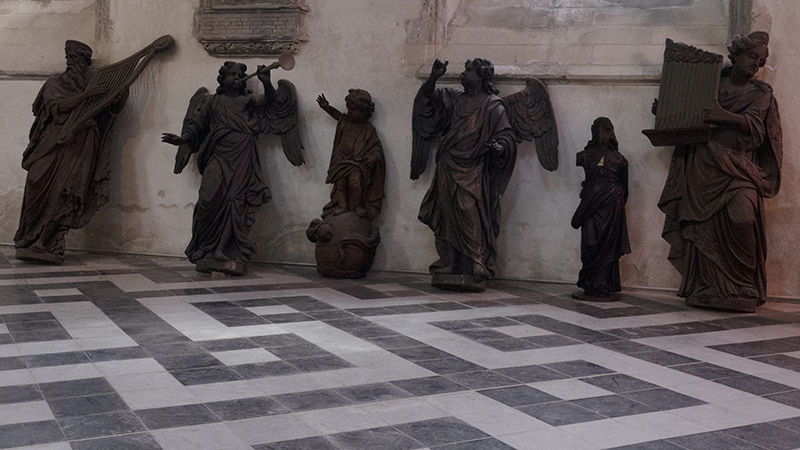 that was annihilated during WWII. Bob and I discovered it was an ancient city that like the Phoenix has risen from the ashes…..

When modern humans first arrived at the site of which would eventually become known as Calais, they found the River Aa running into a large natural harbour and sand covered beach aligned with high dunes. The perfect setting for a tiny fishing village, the first people stayed and set down roots.

As the centuries passed, the estuary of the Aa silted, and a peat bog slowly formed, bringing with it, a changing landscape.

With the arrival of the Romans, the small township became known as Roman Caletum.

By the late 900’s, the village had become an expanding port, and by the early 1200’s it was a fortified township.

By the fourteenth century, the city had a population in excess of 14,000 citizens.

By the late twelfth century, the creation of a canal network encompassing Gravelines, Dunkerque and Saint – Omer (which we visited in 2018) was well underway.

What the city is famous for, however, is a conflict that took place between the French and English: the ‘Hundred Years War’. In actuality, the battles occurred over a period of two centuries.

The war resulted from several advantageous marriages made by the English monarchs: with each came new lands and alliances. By the time English Henry II took on kingship, the English owned more land than the French, in what is today French territory: this was of great concern to the French king of the time.

The commencement of the One Hundred Years war commenced the day Edward III declared he was King of the French and proceeded to Calais with his troops in 1346. A siege that was to last almost a full year took place, and eventually the Rulers of Calais surrendered to avoid destruction of the township.

In front of the city hall

stands a statue depicting the Burghers of Calais handing the keys of the city over to Edward.

On it are the words:

‘They humbly went barefoot, dressed with a shirt and a noose tied around their neck, ready to sacrifice their own life in order to save the inhabitants.’

Prior to 1560, an English town was situated on the land where the Citadel of Calais now stands. T`he English at last evicted from the region, their city was demolished and the construction of the fort commenced. By the end of the 1600’s, Calais had become a gigantic bastion with its own port for the military.

After extensive renovations, the old fort was transformed into a sports stadium in 1960.

UNESCO heritage, construction on this relatively recent structure commenced in 1910. After a break during WWI, completion of the works took place in 1925.

The belfry was built in remembrance of the 1885 unification of the towns of Calais and Saint – Pierre – les  – Calais.

WWII saw the city destroyed. Few structures remained standing, and those that did were in ruins.

On the outside, the old church has been lovingly restored and looks stunning.

Inside, however, it is another matter. Although more than half a century has passed, restoration work is still taking place.