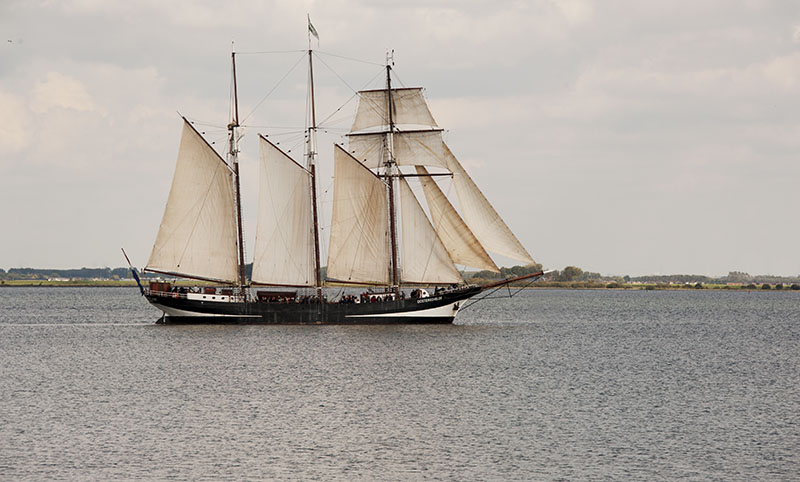 The villages of Oude and Nieuwe – Tonga were until 1284 part of the Grijsoord manor estate owned by Floris V (Does the name sound familiar? He was the guy that annihilated the villages in West Friesland and had 5 castles constructed in the region. We visited one of them in Medemblik.).  It was in this year that the Viscount of Zeeland purchased these land from Floris.

At that time, the region was one of mudflats and the marshes provided succulent pasture land for the sheep during the summer months. It was the shepherds, fishermen and bird catchers that resided here at the time. During winter, these people harvested salt by ‘removing accumulations in the peat layer below the clay surface of a salt marsh (aka salting). This, and simpler scraping, was unsustainable – the custom (known in Dutch as ‘selneren’) faded away.’ (from Zeeland tourism page)

With the construction of the dykes came the silting of the smaller waterways. New occupations were created, however, as the clay soil was extremely fertile, thereby allowing for the farming of cereal crops, beans and more….

Over time, the village has experienced various disasters and much of Ooude Tonge’s written history prior to 1657 was lost in a fire that annihilated much of the township.

That flood of 1953 continued raising its head in every place we visit, and this village was no different. Here 305 of its citizens had their lives cut short in an instant, and a mass grave in a dike near the township is their resting place.

The rain gone at last, the day had arrived on which Bob and I could put our new electric bikes to the test!

Our journey took us past market gardens and glass houses. You may be surprised to learn that the Netherlands is the second largest food exporter after the US, and it only has a fraction of the land!

45km of beautiful landscape later, the bikes had passed muster.

A few kilometres from Oude Tonge, the fifteenth century Nieuwe Tonge developed among a landscape of reeds and marshes. Those 1953 floods left 85 dead and only three homes and the church standing, but those hardy village people built the town anew.

This was the land where onions once grew. Today, these crops have been replaced by flowering bulbs that decorate the fields with their colour during spring.

This morning, the bulb season finished, fields of yellow greeted the eye.

Passing through the adjoining township of Sommelsdijk, an old farming community, Bob and I passed into Middelharnis. Also known by the locals as Menheerse, its name derived from being situated in the centre of an ancient salt marsh, the Vier Hernissen.

Small towns, and hidden marinas were to be found upon the northern side of the island. A vibrant fishing dorf during the 1400s, the wharf and warehouses from that bygone era still decorate the old harbour walls. These days, it isn’t the fishing industry, but that of tourism that it is known for, and the old wharf is utilised by a pleasure boat marina.

As our ride continued, market gardens and glass houses denoted how fertile the soils of this ancient peat bog land are. Cabbages, spinach, corn, grain crops, and more met the eye.

Web links to history of the Netherlands and dikes