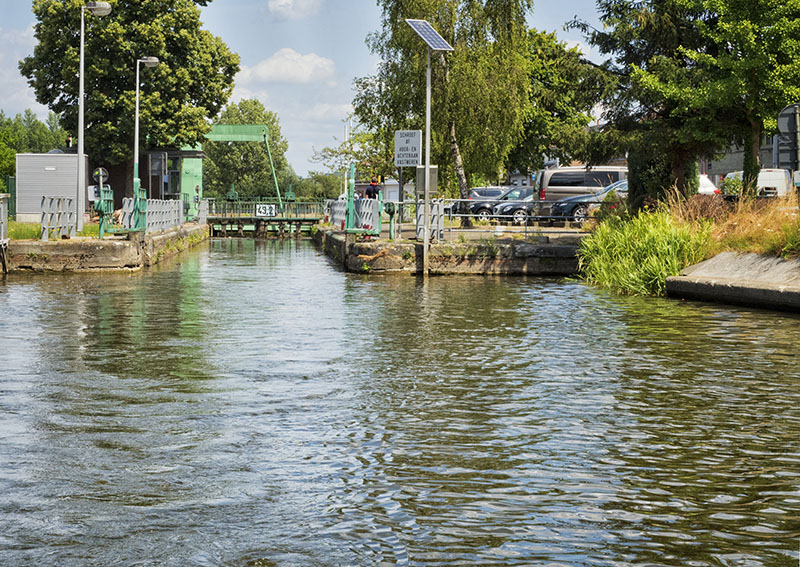 Last night we discovered the largest laundromat we have come across in Europe. In another first, it also boasted a toilet, hand basin and provided paper towel – and was only a two minute walk away. With washing needing to be done, our prayers were answered. This morning we zoomed through the washing.

The afternoon took us on a leisurely 30km motor through country that became increasingly more picturesque. Four old locks,

a couple of new ones in the construction stage

and a few opening bridges were interspersed at regular intervals. In addition, there was the occasional small marina or mooring spot.

With all of the locks being a ‘hands – on’ experience for the lock operators, there was plenty of time to natter as the water gradually rose. The face to face contact makes a pleasant change to the automated locks we have become so used to.

Upon our exiting, the message that we were coming was relayed through to the keeper upstream.

Except for an occasional boat exiting a lock or two, the river was ours,

and we soaked up the atmosphere that became increasingly rural, with a sea of green treetops being all one could espy at times.

Oh, and there was someone with a sense of humour…..

a massive lake provided the perfect place for cooling off in the Summer’s heat,

and cows did what they do best……

Arriving at Geraadsbergen, passage through the last lock of the day found us at the our stop for the coming days.