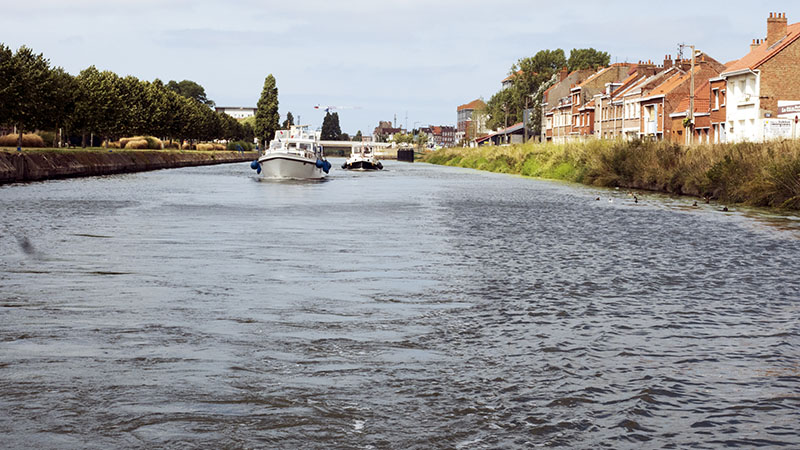 The climb commencing at the first of the locks, we soon left Dunkirk behind and entered the rural countryside.

Farmers going to and fro, carting their harvests in the trays, walkers and riders were all to be seen.

Unlike the western most canal we had recently finished, this was a major channel and the occasional barge was passed.

It wasn’t long before gentle rolling hills forested in coats of green appeared on the horizon, indicating there was more climbing to come. Not to worry though, these locks are a piece of cake!

A small marina, that is no longer so. The old pontoons are falling apart with power and water cut off.

A small pontoon is to be found on the right hand side as one enters the basin. There are two boats that appear to be permanently moored here, leaving just one spot at the front free. We tied a line from Gratis to one of the boats and another to the shore.

There is also a mooring on the left just before enter Relais Flandre – Artois. With less than 1.5m depth, it is only suitable for shallow boats.