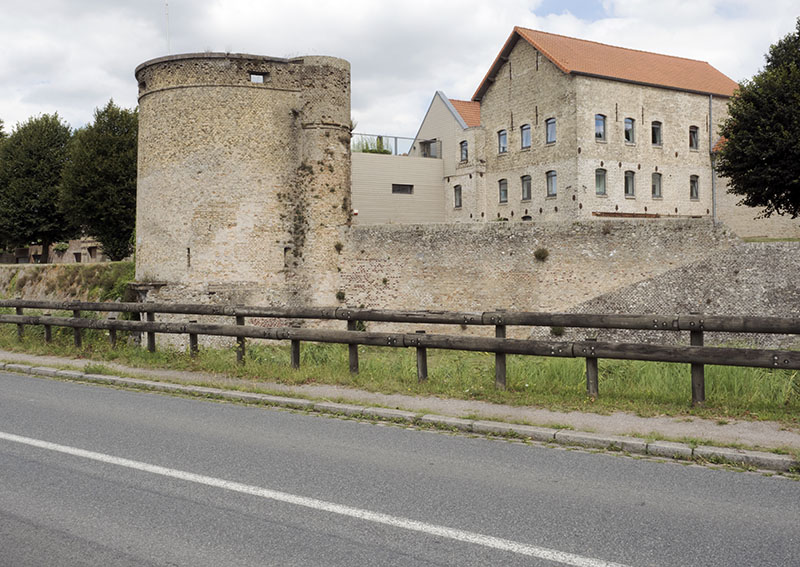 Dunkerque (Dunkerk, Dunkirk), meaning ‘Church of the Dunes’, was first recorded in the year 1067.

As with many towns and cities within the region, World War Two wasn’t the only battle the peoples experienced. During the Middle Ages, the town was beleaguered and raided no less than half a dozen times, in addition to finding itself caught within conflicts between France, Spain, England and Holland (pre the emergence of the Netherlands as a nation).

With more than three quarters of the town destroyed,

the ending of the war found a modern city emerge.

With an array of in depth details regarding WWII, the Dunkerque War Museum

is one of the most interesting museums visited to date.

A 6km cycle took us to the lovingly restored township of Bergues.

First written records of this beautiful township that was constructed  upon a 20+ metre high hill surrounded by swamp land, date to the 800s when fortifications were raised to protect the people from the Vikings.

By the early 11th century, the people were hard at work reclaiming the surrounding land from the sea, for at this time the coastline was quite a way inland.  This enabled them to make a name for themselves in the area of linen manufacturing.

Eighty percent of the town was destroyed during the last war, but today it retains 5km of its medieval fortifications along with gates,

cobbled streets and homes in the Flemish style.

Founded in 1022, St Winoc was a Benedictine abbey that was situated upon the highest section of the city that was destroyed during the period of the French Revolution. All that remains today are the two impressive towers.

A public garden was created on the land that once belonged to the abbey.