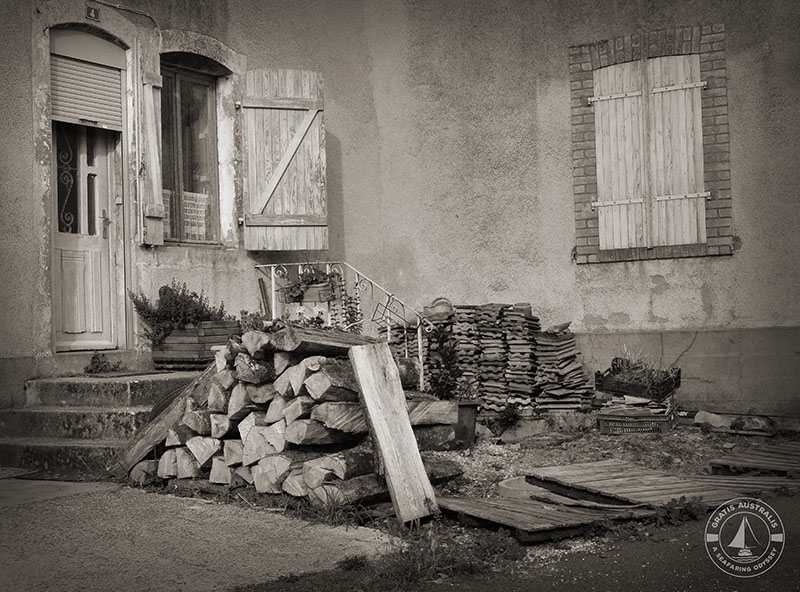 Awaking to frost on the windows and wading birds just outside, a much more relaxed day, with the decision to reside at Port – sur – Saone for the night.

Another lock or two.

Once passed through and seven locks later we arrived at the township. Port de la Maladiree was just across the way, but the town had set up its wharf side moorings nicely.

The people here were not that friendly – maybe it was the fact it was a busy town and main thoroughfare to various centres – but Bob wasn’t happy to remain. Food restocked, on we continued through the picturesque countryside: Bob though he saw a creature that was either a beaver or an otter.

More work on the riverbanks,

and past a bird or two….

we, eventually arrived at the outskirts of Baulay, where a small pontoon next to which a picnic area was provided was discovered. Perfect for a night’s stay!

There was a difference to the air and how sound was carried now. Perhaps it was the change in altitude, or maybe just the lack of vehicles and people. The birdsong reminded one of the opening scene in ‘The Sound of Music’.

We liked this scene of the small bird pictured with the hunter just behind.

Sundowners completed, it was time for an evening saunter into the nearby township of Baulay itself.

What a quaint, old world feel this little town had, and the people were so friendly!

Wood collection for the winter season was already well underway……

One of my favourite shots….

An area of interest proved to be the railway line. During WWII at what became the ‘Baulay Trench Cutting’. It was here that the French Resistance performed numerous acts of sabotage as they attempted to derail the advance of the Nazis via the train network. Surprisingly, no loss of life occurred during these manoeuvres.

Back on board, there was time to sit in the cockpit watching the river meandering past as the last of the daylight faded.