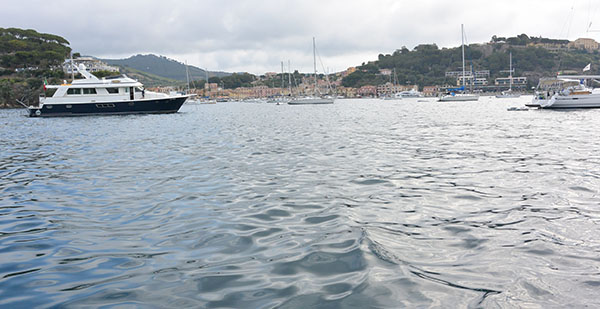 Gratis has just been anchored in Porto Azzuro, Isle of Elba. In a first, we had calm waters all the way across.

A tidbit: it was here that Napoleon was exiled for a short while after his first major defeat, but only a few months since he managed to escape – avoiding all military forces upon his way – and returned victoriously to France.

Some quick pics taken as we entered the opening and motored into the protected bay.