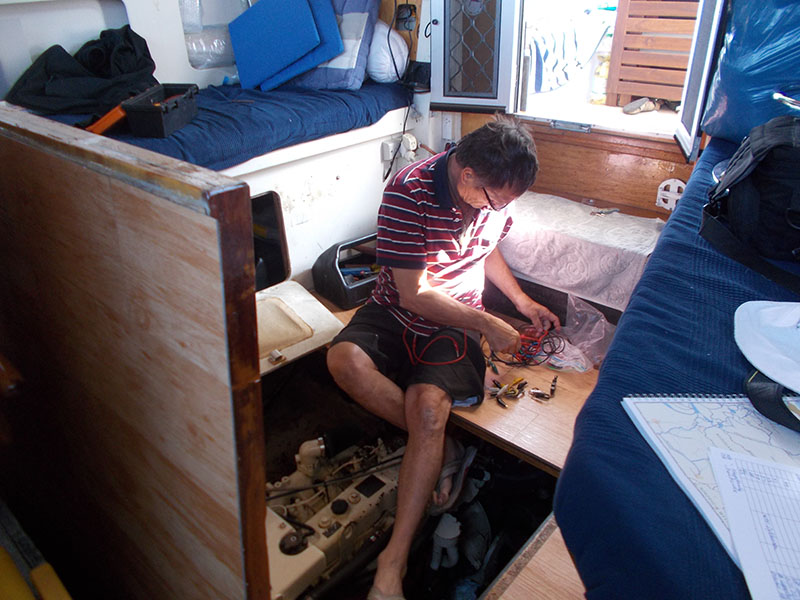 Today our intended eastbound journey to Aurich came to an abrupt halt as, with the turn of the key, all that was to be heard was a choking croaking sound followed by a ‘whirrrrrrrr’.

Up he came to have a go.

‘Electrical problem,’ said Bob, and down into the depths went he. Over the ensuing minutes, colourful expletives erupted as he searched for the culprit. At last finding it to be the starter motor that was at fault, Bob admitted defeat. Like a Jack – In – The – Box, up popped his head, out came the tool box, and tools in hand he disappeared once more.

Anyone who has been in an engine room on a boat, knows there isn’t much room for manoeuvring at the best of times.

Scraped and cramped, it was some time later that a hot and bothered Bob exultantly emerged with said offender in hand.

Hoping for a quick solution down to the nearest auto electrical store he rode, where upon they said they would have a look at it.

All was not lost, however, we rearranged our plans.

Thank you to my sister for the pics.