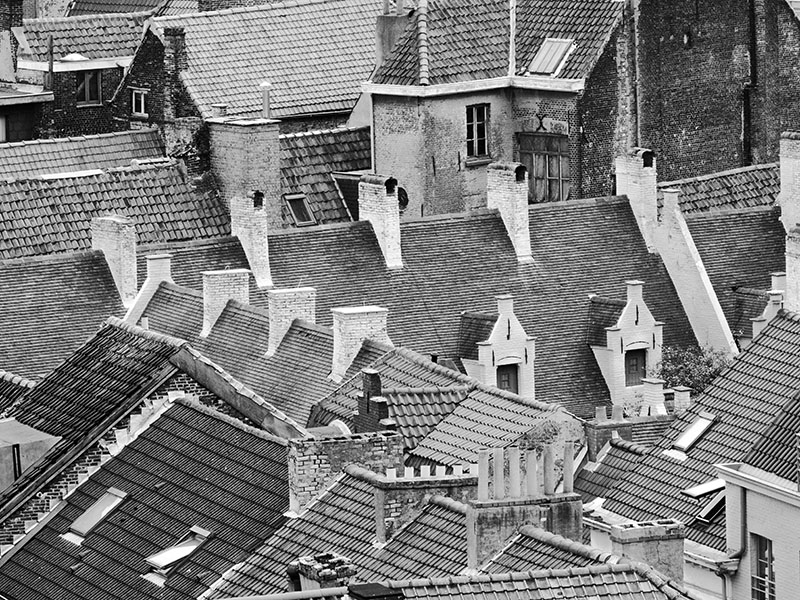 It may sound a lot, but Bob and took our time.

The Castle of the Counts is the last remaining bastion from the 10th century medieval period that still retains much of its defence structure.

This section of land on the sandy banks of the River Ly, had a settlement that dated to the Roman inhabitation. Its first castle structures constructed of wood, numerous raids by the plundering vikings in the Middle Ages had the Count of the time replace the wood with that of stone.

There was much to see.

In its glory, this totally walled keep had a total of 24 towers.

For the towns people, sadly this became a symbol of torture and oppression.

Sometimes, the cruelty of the human race defies belief.

The views from the top floor were a sight. With much lower structures below, the sentries would have had a view that spanned miles.

Once down on the lower level,

Bob and I came across some of the original stone work

in one of the cellars (I’m afraid the images are rather grainy, but you get an idea).

The castle was sold and converted into an industrial complex during the Industrial Revolution: at one stage, this even included a cotton mill. Eventually abandoned, the structure came close to being demolished. Only with the advent of the 1913 world trade fair did the government see fit to purchase the property and undertake a massive restoration effort to return it to the vision we see today. Even now, sections are still undergoing renovation.

A few hours later, it was time to head out.

In times past, the bell towers, or belfries as they were called, signified a town’s power, freedom and posterity in France and Flanders. Considered the safest part of a city, it was here that the records and vaults were often housed.

UNESCO World Heritage listed, the Belfry of Ghent is worth a visit, even if it is just to experience the view from aloft – there is even a lift. At 91 metres in height, it is adorned with the town’s symbol, the dragon.

This was one of two surviving dragon predecessors. The oldest was created in 1377, but the pic didn’t turn out so well.

On entering the tower, the eyes were drawn to the richness of the adornments.

A video show introduced us to some of the history.

Like a pianola, this was an early automated tune player.

is the name given to the set of alarm bells that have resided in the belfry since the 1300s. The first set was melted down in 1659 and from it formed a new 40 bell carillon, the three largest of which came from the biggest. The largest of these was christened ‘Roeland’, after the commander in chief who blew his bugle to warn Charlemagne of approaching danger. The first Roeland weighed more than 5,000kg – that was quite a weight to haul to the top of the tower in days when there were only block and pulleys. In comparison, the Roeland Bell of today weighs 6,200kg, is 2.15m in height and has a 2m diameter.

(We haven’t figured out if this is the real deal, or a casting. We think it is the one!)

There was an interesting video on the casting and tuning of new bells. It also showed the winding of the clock that still takes place today

and the playing of an early bell organ.

The view from here was even more awe – inspiring than that from the Castle of the Counts.

As you can see, the main roads are quite wide.

How was this for a set of stairs!

We took the cheat’s way via the lift.

St Nicholas, the guardian of sailors and merchants is the patron saint of St Nicholas’ Church that has stood overlooking the Korenmarkt since the 1100s. Renovations have been underway since the 1960s in this beauty.

The Lakenhalle was the cloth Hall and with its gothic buttresses, gables and roof dormers dates to 1425. The Royal Knight’s Guild, formed in 1613, is still in existence and to this day, meets in the rooms on the upper floor. It was only in the early 1900s that it was completed and took on the appearance it has today.

The oldest parish church found in Ghent, St Bavo’s Cathedral (Sint – Baafskathedraal) commenced its life under the name of St John’s Church, and replaced its 10th/12th century predecessors during the 1400s. The carry over resulting from the town’s punishment for defying Charles, was having the monks from the decimated St Bavo’s Abbey sent here (more about that another day). It was at this time that the structure took on its new name.

Not only is the church impressive on the outside, but is equally so on the inside: there were some interesting pieces. Commencing in 1545 and continuing for approximately one hundred years, the Counter Reformation was the time in which the rich adornments were added to St Bavo’s.

In for a closer look.

This was my favourite.

How detailed this section was. We think it was portraying the parish being in his hands.

And now for the real surprise!!!!!

Until 1976, the Mason’s Guild was believed to have been demolished a long time past. You can imagine the astonishment on faces, when the original was discovered hidden behind a façade on a building opposite the St Nicholas Church. Restored to its former splendour, our eyes were directed immediately to the ‘piece de resistance’, a sculpture by Ghent born artist, Walter de Buck,that had been placed upon the gable. Each of the dancers twirls in the wind.

whilst the second detailed six of the seven acts of mercy – burying the dead was omitted.