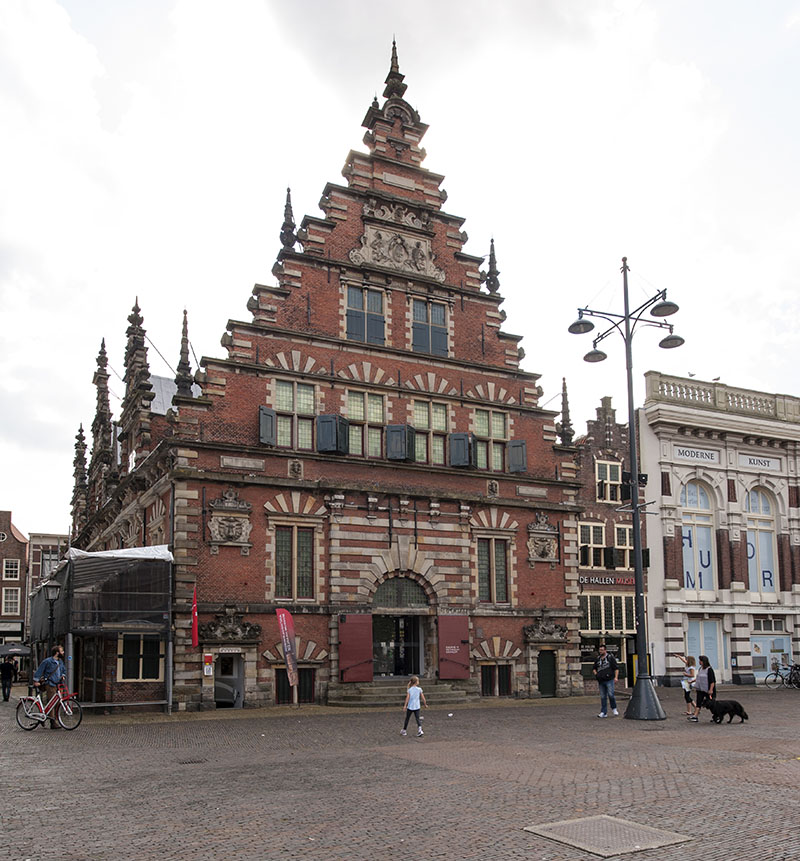 As we said yesterday, Haarlem is an exquisite township full of history and beautiful architecture.

Dating back to the tenth century, a time when the counts of Holland set in place a toll post in order to collect fees from the marine traffic, the name itself originated from the word ‘Haarloheim’, which meant a wooded area situated atop soils comprised of mostly sand.

In the perfect position for trade, the town rapidly grew into a major port. Sadly, its heyday came to an abrupt end with the 1572 invasion of the Spanish and the slaughter of most inhabitants. It wasn’t until Willem van Oranje (https://en.wikipedia.org/wiki/William_the_Silent) and his troops defeated the invaders that prosperity returned to the township.

Originally a town of wooden structures, the years 1328, 1347 and 1351 saw Haarlem devastated by fire. It was the ravages of the plague in 1381, however, that truly decimated the township, when a good fifty percent of the population succumbed to the virulent disease. The plague over, the survivor’s assisted in keeping the town a thriving metropolis as many were skilful in the areas of the linen, silk and beer making trades.

With the Germans occupying the region and the Underground well and truly alive here, World War Two left its mark on the township.

These two links below tell the story of some incredibly brave women of Haarlem during WWII.

Now back to our exploration. First stop for the day was at the Amsterdamse Poort. Constructed in 1355, and situated on what was once the main road to Amsterdam, it is today the last standing reminder of the fortifications that once surrounded the township.

Looking up through the opening, one gained a feel for its size.

Positioned in the main town square, the Gothic style St Bavo Protestant Church dominates the skyline. Constructed in the 1200’s, it was taken over by the Protestants during the Reformation of the late 1500s.

The church was named after a Belgian Saint who was said to have protected Haarlem from a group attempting to invade. Famed musicians such as Mozart, Schubert, Mendelssohn, Liszt and Mozart have all visited and played upon the organ within.

The town square was immense with a spacious feel.

We treated ourselves to lunch at the delightful little Italian restaurant, ‘Take Italian’.

Run by friendly Italian, Gianluca Lambrenghi, a native from the town of Parma, the freshest of meats and cheeses were imported from the province of Emilia-Romagna, Italy, and the tomatoes the island of Sicily, thereby providing that true Italian flavour. For me, the sweetest of Italian whites sent the tastebuds into orbit as the liquid wended it way down. With their flavours to die for, the Parma hams and salami were the best we had tasted in many moons. My Cappacio, a – topped with rucola, parmesan cheese and a sprinkle of truffle oil melded beautifully, whilst for Bob, the flavoursome pasta dish with its thick sauce clinging like a lover to the noodles was absolutely perfect. From Robert, that is high praise indeed!