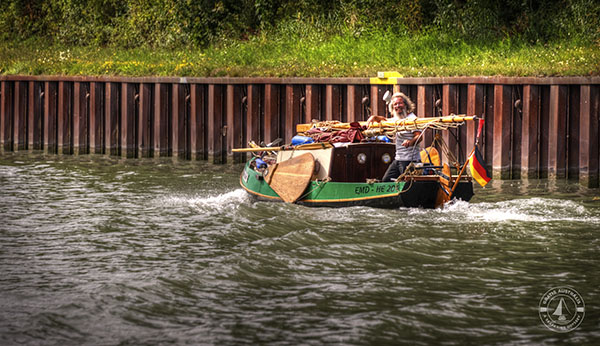 A relaxed day with the first of the Mittelland locks: 14.5 metres thank you very much, and no rising bollards. Other than a rapid surge in the initial stages, it was a pretty tame ride.

a few canoeists and a dinky Dutch cruising barge added to the flavour of the motor.

The Mittelland Kanal has been a true surprise. Purported to be mostly industrial and really only a thoroughfare from west to east, we have discovered it is so much more. The Germans are carrying out marvellous work at creating a green belt that hides most industry from the observer. Much of the distance also takes one through tracts of farming land.

In all the trip has been a significant contrast to that of the Midi region last year. It’s been a time to enjoy the scenery rather than visiting a myriad of towns.