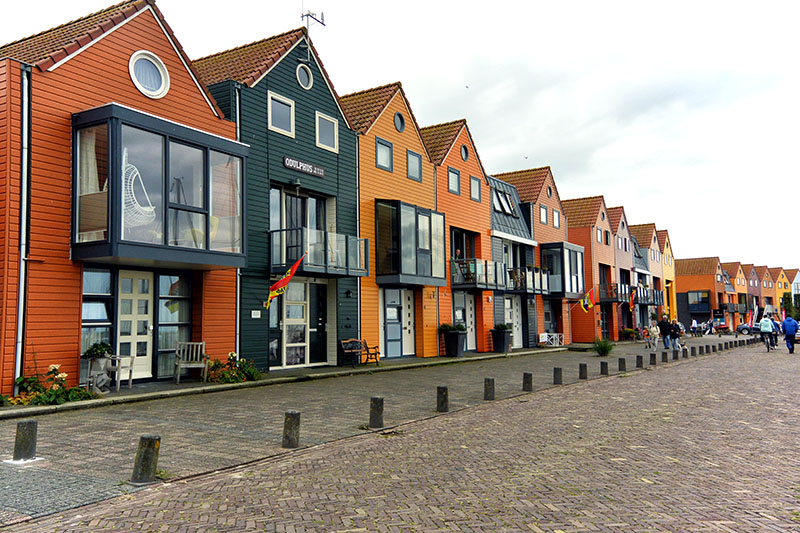 Another pleasant day, motoring through waterways filled to the brim with boats.

As with all towns since Grou, mooring spaces are few and far between. Here, too, is a beautiful lakeside holiday town that is also the base for a small fishing fleet

and the larger Dutch tourist barges and this one was a beauty!

They even have a tale about the ‘Lady of Stavoren’.

In all, it was a delightful afternoon.

This afternoon the streets were filled with people attending a number of concerts that were situated through the township. Skutsjes numbered quite a few in attendance, for today had seen a race on the Ijsselmeer Lake.

The afternoon was completed with a dinghy ride into this pleasant little village. We loved the hobbit homes and storks.

Initially a seaside township, the 1500s saw the township being fortified as a means of protection during wartime.

The Anglo – Dutch Wars that took place in the 18th and 19th centuries brought Stavoren’s maritime trade to a halt and, it was at this time that residents left in droves. This era saw the demolition of the fortifications and many city centre buildings.

When winters bring freezing temperatures that turn the water to ice, the canal between Hindeloopen and Stavoren becomes part of the course for the Eleven Cities ice skating race, the Elfstedentocht.