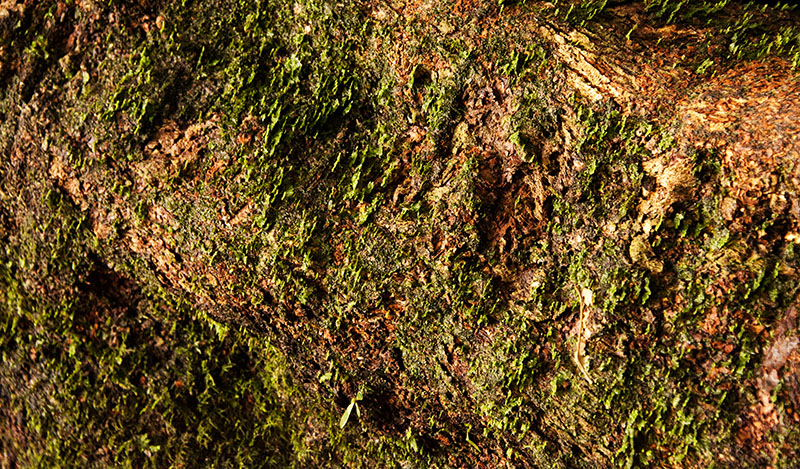 Both of us feeling more with it, the rig was readied under a black threatening sky, across which bright forks of lightning flashed, whilst thunder boomed in the distance.

Ready at last, off we set, and down came the rain. With each passing second the temperature plummeted further, whilst the heavens bucketed down with ever increasing speed. As vision became increasingly impaired

this was a deluge

that brought us to a standstill just six kilometres from our destination.

Pulling over to the side, we watched as waters raced in fast paced streams down the hillside, and waited with increasing impatience for the storm to pass and the skies clear.

Some half hour or so later, as the skies progressively lightened, our chance to move came. Our path took us from the flat plains up into the foothills of an ancient mountain range, where the bushland was very different from that we had seen before.

Advancetown, the site of a 1905 hotel, caravan park and homes dotted here and there. This will be our base over the coming days, for here hills are steep and caravan towing not advised on many roads.

Step back in time a few hundred million years to when dinosaurs – and later mega fauna – ruled supreme, and the earth was covered by the greens of cycads and ferns: this was the land of Gondwana!

Once stretching across a supercontinent formed by South America, India, Africa, Madagascar, Antarctica, the Arabian Peninsula and Australia, approximately 180,000 years ago the continents started their breakaway and commenced on their long northbound paths. Today the last of those forests (366,000 hectares in all) are protected and found in fifty or so parks (e.g. Lamington, Springbrook, Tamborine Mountain) situated in SE Queensland and NE New South Wales.

With the exception of this small fragment that today forms the most widespread of sub – tropical rainforests, the remaining Gondwanan forests shrivelled and died as the land masses edged their way northward and temperatures further warmed, or chilled.

With more species of bird, marsupial, frogs and snakes than in the rest of Australia, in these rainforests, are also found the world’s most ancient specimens of conifers and ferns. In all, in excess of two hundred endangered species survive in this rare habitat.

This World Heritage Gondwanan Rainforest is the landscape Bob and I shall be journeying through over the coming weeks.

Mid – afternoon, out came the sun and off for a drive went Bob and I, with a spur of the moment decision taking us on a 37km to Natural Rock which is situated in Springbrook National Park in the Queensland Hinterlands.

Driving through a valley plain that had long been cleared and become rich pasturelands that bring the green of England to mind, the rugged bushland covering the mountainsides significantly differed to that which we are used to.

Arriving at the base of the next climb, tree lined avenues

led us to Springbrook National Park and the entrance for the Natural Bridge,

where with the cooling air of the late afternoon and fall of darkness rapidly closing in, we chose to leave the walk for another day.

For those who are interested, here is a link to the latest documentary detailing the death of the dinosaurs:

Well worth the watch!