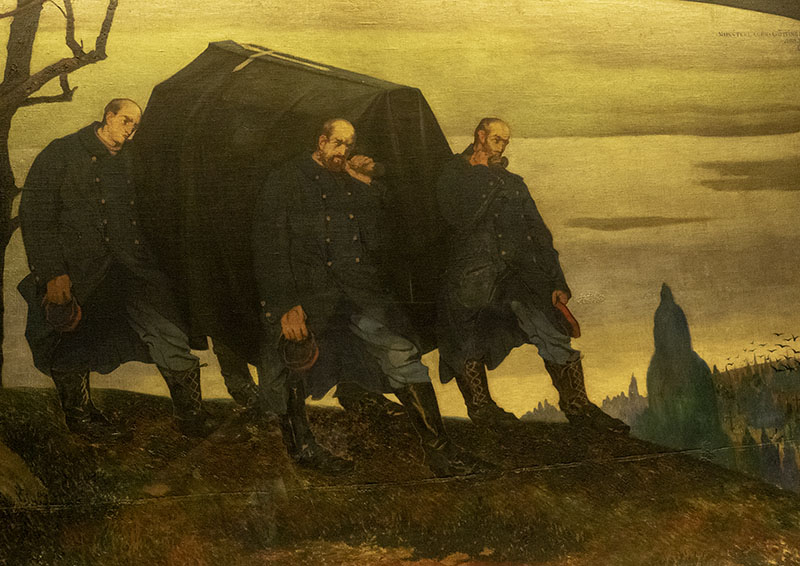 ‘In Flander’s Fields’ was the plan today, and an emotionally charged journey it was, too! At times, I had to move on: it was that or burst into tears.

Short movies depicting the views and memories of soldiers or medicos long gone,

whilst another made use of drone technology to capture today’s landscape, assisting in telling the story of the movement – or lack thereof – of the front,

told the true story of the futility of war and left one close to tears. No – one wins. Those who believe otherwise, are deluding themselves.

Children were primed about the ‘glory’ of war from the cradle.

Bomb craters in nearby fields.

Even the trees bear scars.

To complete the day, a peaceful evening stroll led us along the river. As Bob and I sighted pheasants, oyster catchers, storks, white herons, blue cranes, swallows, and tiny wren like birds, we found it to be the perfect strategy for disconnecting from the emotional events covered within the museum.

Because of the distance we were from them, they are not the best images, but the twitchers should be able to identify them.