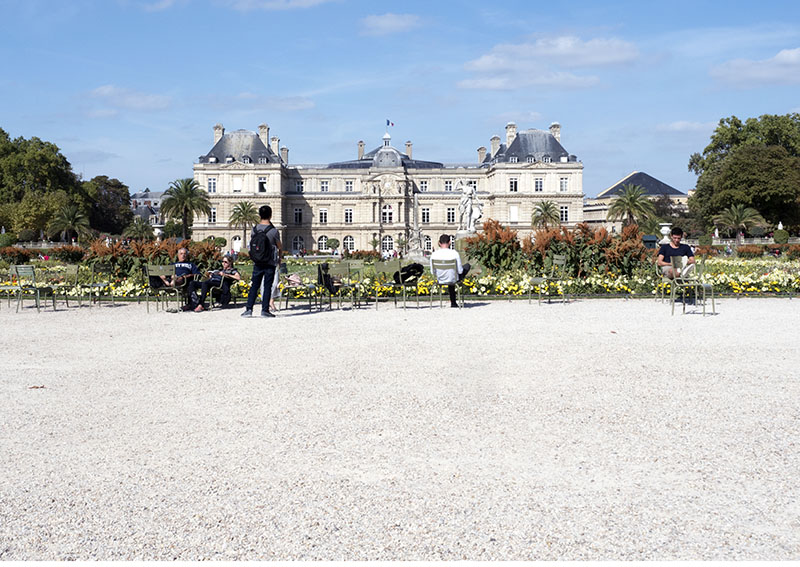 Bob and I were busy exploring on this hottest of days.

Also known as the National Museum of Natural History, the Jardin des Plants has an interesting history and during spring would be spectacular. Unfortunately being both a drought year, and the end of season, the garden wasn’t at its best, so no pics I’m afraid.

Founded in 1626, it was a royal garden in which plants with medicinal qualities were grown. As the years progressed, additional lands were purchased and today covers 28 hectares where almost 24,000 plant species are cultivated.

The museum itself was quite interesting, but being poorly lit, wasn’t conducive for taking pics, I’m afraid.

The highlight for us, though, was the garden of Palais Luxembourg.

Dating to the early 1600s and built for Marie de Medici, the palace is now inhabited by the French Senate.

The gardens were delightful.

Seating on which people could relax, read or natter, areas for games such as a version of bowls, an area where people were learning about apiary and more.

During the French Revolution, the palace became a prison in which 1,000 prisoners were located.