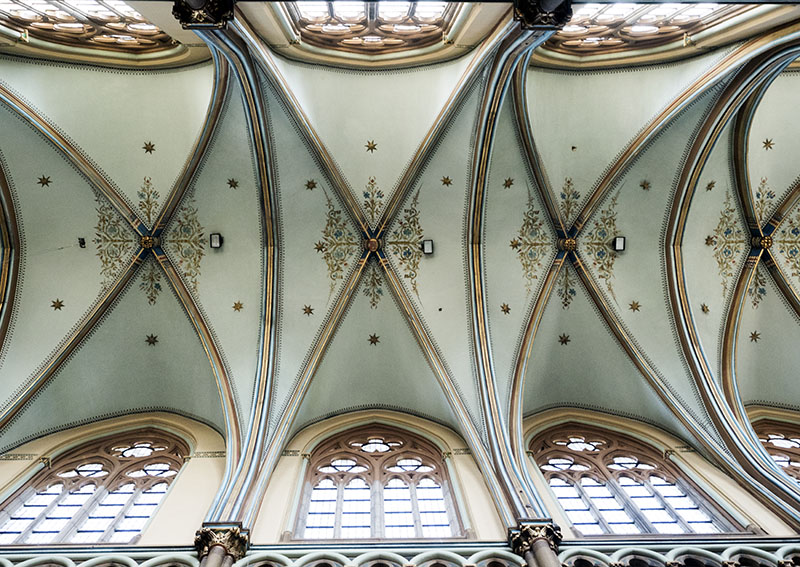 Arriving at the entrance to Lock nine at 9am on this warm summer’s day, our delightful lock keeper was there to see us through.

There is no VHF contact for these locks, so the mobile phone (+32 4789 6203) comes in handy for arranging passage. The lock hours for each gate opening are highly restricted, so the cruiser must ensure they are waiting there ahead of time.

With all three of these historical 38.5m x 5m manual locks having a 1.8m fall, the process took a relaxing hour: one that enabled another of those delightful chats one partakes in with the operator.

There are two mooring areas in Kortrijk, both at which power and water are inclusive in the eight euro a night cost. Just after turning left out of Lock 11, on the south bank one arrives at a small channel that runs into Kortrijk. This is the entrance to the first set of moorings. Here the bridge height was just 3.1, a tight fit that required Bob to lower a few bibs and bobs on the solar array. A couple of kilometres on, and it is possible to enter the same tract of water from the other end, and here there was no bridge to concern. Taking the easier option, we traversed the canal to our destination.

We discovered this was quite a busy waterway, with barges of all sizes pushing along the Leie in a channel that was well shored on both sides.

During the hours of day, our mooring became a little rocky at times as water pushed ahead by the barges race through our section of side water in small waves and swells, but as night fell and the traffic petered off, peace reigned.

Kortrijk of today has few of its Medieval landmarks remaining, but it is still a place to spend the day and enjoy a delicious lunch out. We partook in a fantastic meal at a L‘Osteria, a restaurant owned by  a family of Italians.

A busy town situated on the border of Flanders and France, over the centuries the region saw many battles take place.

From the 1200s on, this small town found itself continually under attack by the French. First to arrive was the force of Louis VIII who defeated the Count of Flanders and annihilated the city. The people were a hardy breed who returned and rebuilt their homes.

Move forward yet another century, and the Frenchmen returned once more, this time taking full control of the district and surrounds.

The ire of the Flemish was high when their Count found himself held hostage at the hands of those pesky Frenchmen, and rebellion was at hand. In the year 1302, those Frenchies had their butts kicked in all bar Cassel and Kortrijk, but help was still at hand.

All the Flemish towns raised armies and enmass marched upon the land: nine thousand men in all were there to oust those Frenchies – about two and a half thousand was all.

Turning those beautiful fields of Flanders into a mass of flooding trenches around that beautiful town, they staked their maces in the ground and prepared to wait the charge.

Not a hope those Frenchmen had, as hidden traps and Flemish will brought them to a halt. Thrust from horses, a massacre abound.

A thousand or more lost their lives, their golden spurs the prize.

Pride of place in the church those golden spurs took, and that is how the ‘Battle of the Golden Spurs’ came to be so named.

Sadly, for the Kortrijk community, the French returned time and again over the ensuing centuries. By 1820, the fortifications had practically disappeared. It was at that time that the border of France and Belgium as it we know it today was agreed upon in the Treaty of Kortrijk.

Peace reigned in the region at last, or at least until the sound of battle and destruction returned to the town twice more during the two Great wars. Two massive bombardments annihilated the city, and most of its architectural history was lost.

This afternoon Bob and I cycled and explored.

Two medieval towers stand like sentinels upon the banks of the Leie.

To the south is the 1385 Speyetoren built for the purpose of monitoring the river traffic, whilst on the north bank stood the second tower that was constructed in 1415 and housed the armoury.

In the Grote Markt, with its unusual spire, St Martins Church stands upon the land where the first religious house was constructed in the 7th century.

Just across the way the belfry stood alone. Once part of the long – gone Cloth hall, this small tower fell short of its original grandness as it turned out to be resting on unstable ground.

One of the highlights was the UNESCO listed St Elisabeth Beguinage,

the best we have come across to date. Only small, peace was only broken by muffled voices and footsteps wandering through the narrow streets lined with 41 homes, a church and a chapel.

One house was set as lived in by the original inhabitant. These were a group of women who required little.

From the Beguinage’s archives, dating from 1242, the seal was the oldest document and was on the foundation charter which related to the purchase deed that was undertaken by Joan of Constantinople (Countess of Flanders). She was believed to be their founder.

By 1630, there were 136 Beguines. To cater for the increasing numbers, Kortrijk’s canals were filled and walls demolished to make way for new homes and gardens.

Embroidery was one of the past times of these women.

The last of the Beguines.

The town hall was picturesque

and the old bell tower beautiful.

First settled by the Romans, the settlement was originally named Cortoriacum.

Wool and linen were the trading articles between the years 1100 and 1200.

‘Goedentag’ is a greeting that could once result in one finding themselves in hot water. With their maces (also called a goedentag) in hand, by just saying good day it was possible for the Flemish to recognise an enemy. In those days, it was generally the French, and they found themselves rapidly dealt with by a thwack of the said mace.

The 1800s saw flax weaving taking off and Kortrijk prospered once more.