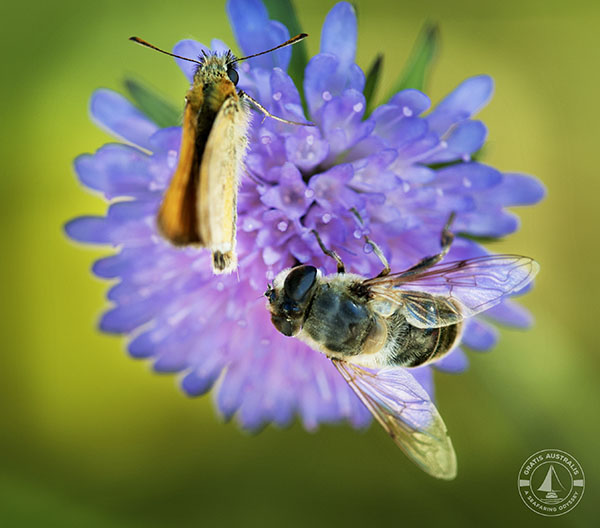 Waiting for the lock keepers to arrive at work, I had time for a play with my macro lens in this idyllic setting.

So spectacularly different to the so popular Midi which is known for its towns, castles and Cassoulet. This trip through the Vosges Mountains was truly one for the nature lover: the rental company, ‘Le Boat’ does operate along this waterway for those wanting to experience this waterway.

Butterflies of red and blue flittered here and there, whilst occasionally the observer caught sight of a brilliant flicker of blue as a bird winged through the undergrowth. Every so often reed covered areas were once more encountered and a heron or swan would pop out.

The waterway here, was hard on our girl: had we our time again, leaving Gratis in the south and purchasing a barge would have been the way to go.

Our second encounter with a swing bridge took place at Tournant. Out came the operator to release and swivel it round. This guy had some strength as he manually set the structure in motion. Here the banks were being retained with mesh in which bulbs had been planted as a preventative to soil erosion.

Just past Brennecote, a run of four locks.

Between numbers nine and eight an exquisite picturesque night mooring – last of the true best, for soon after civilisation commenced its impeachment once more.

After a long day of 26km and 25 locks, Gratis came to rest alongside the bank just prior to Pont des Forges.

A gentle amble across the river took us to the delightful town of Les Forges. All the towns along the waterway were collecting and creating massive woodpiles for the upcoming winter: it must have become cold there.