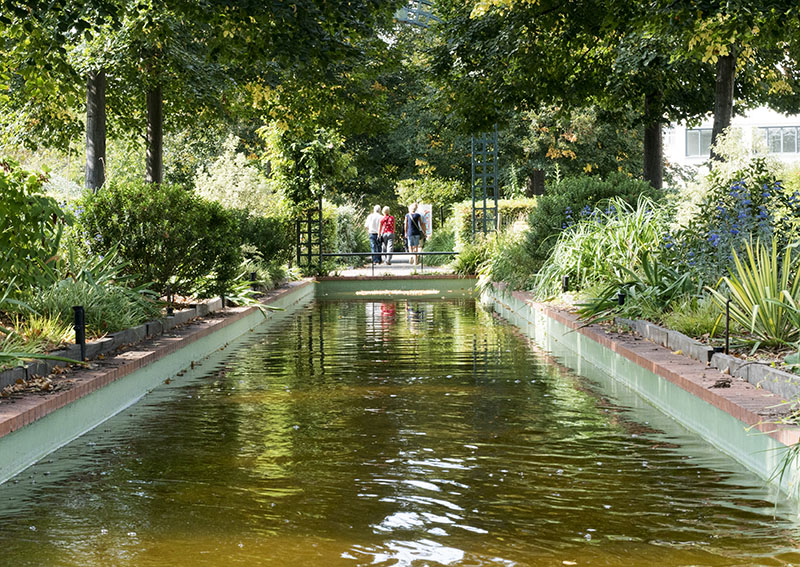 Opening in 1859 as a railway in 1859, the line took travellers from Bastille to the suburb of Verneuil l‘Etang.

Taking six years to complete and a short distance from the Arsenal Marina, this 1.5km link comprised of a 64 vaulted viaduct – Viaduc de la Bastille and tunnels. Operating for just over a century, a section was abandoned when a new line opened, but thankfully for us, some years later, a decision was made to convert the top of the viaduct into a promenade and the arches beneath into art galleries of artisan workers and cafes. Taking three years to complete, Le Viaduc des Arts was opened in 1997.

For Bob and I, it was the promenade that was most enjoyable.

Attained by one of the stair cases, luscious green gardens provided a peaceful escape from the crowds below.

A defunct railway becomes a garden and artisanal centre.