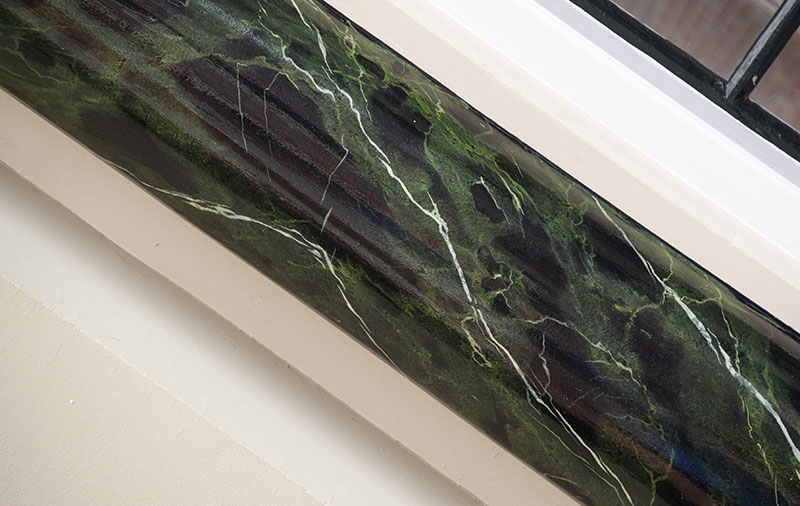 This was a day of exploration.

Originally surrounded by a moat – some of which still survives – Blokhuispoort, was originally constructed as a fort – like structure by the Saxons. This enabled them to govern the Friesland region. From 1580 until 2007, the structure was used to house prisoners. The Frieslanders have looked outside the square and created a novel use of the building. The cells on the lower floor are now small shops in which the owners create their works for sale, whilst the second level has become a hostel. On Saturdays, ex wardens provide a tour of the precinct.

Bob had some fun.

With the aim of bettering the 90m height of the Groningen tower, the uncompleted Oldehove Tower (Leaning Tower of St ­Jacques) was to have been part of a church that stood on its grounds some 600 years past. Constructed on the edge of the Oldehove mound where the soil was at its weakest and subsiding, the tower commenced its lean quite early on in the peace. Upon noticing this, the original architect attempted to counteract this force for this by altering the angle of the bricks as they continued building – this explained the slight curve I thought I could see on first sighting the structure yesterday. With a lean defying that of the Italian ‘Tower of Pisa’, upon the death of the architect, on the orders of the new, construction work on the now 40m high was brought to an abrupt end. The church itself was demolished soon after.

Whilst taking a ride on the tourist train that was introduced only a week ago, we discovered this was the original mound.

That train ride was well worth the fee! So much information – if only I had had pen and paper – and sights to see, as we journeyed upon the now defunct canals, roadways today, that once joined the first three dwelling mounds.

We also learnt that around until 1932, Leeuwarden once had the largest Jewish population in Netherlands. It was at that time that the region suffered a severe economic period bad and left. Of those who remained, suffered and survived WWII – and many did – at war’s end, the majority emigrated to either the USA or Israel.

During the 1800s, prostitution was at a high and the decision made to regulate it to maintain the good health of the towns citizens. To this end a brothel was constructed, and although used for other purposes today, the building still stands.