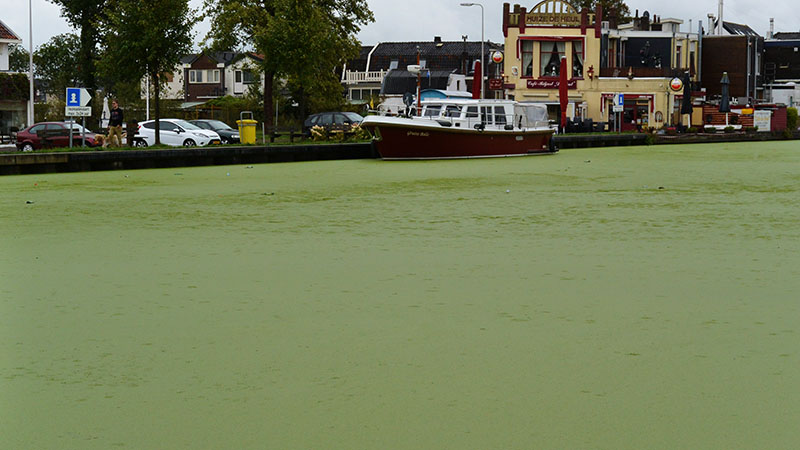 Sadly, the weather forecast proved spot on for a change: a deluge of rain poured down upon us throughout most of the day. It truly has been a wet season!

With numerous days of similar ilk predicted, and only three weeks remaining until we arrive in Vlissingen for the winter, a change in the last of the 2017 plans has been made. Since Bob and I are returning to this region next spring, we shall leave the western most towns and parks until then, and head straight to Rotterdam so as to spend quality time there.

With the decision to move on made, and little chance of making it out to explore Leiden without finding ourselves saturated, this town is another on the backburner for next year.

Instead, via the Oude Rijn and Gouwe Canal, to Gouda went we.

This route had little farmland. In most cases, one had difficulty knowing when one township finished and the next began.

Something different as Gratis motored through a sea of green.