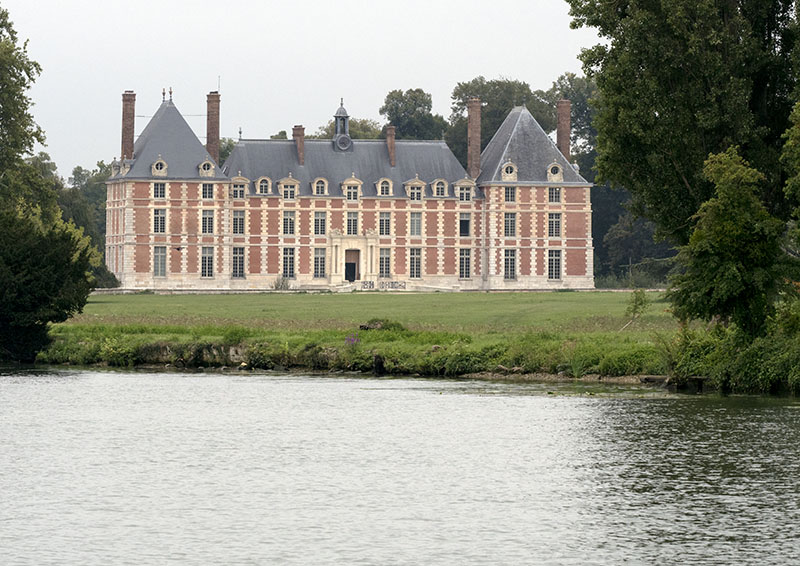 Although a grey hazy day, the Seine River heading west just beautiful. This year’s journey on the whole, really has been about the scenery.

Appearance of white cliffs reminding the traveller of the White Cliffs of Dover was a pleasant surprise.

Passing the township of Gargenville, high in the cliffs rectangular black holes were reminders of the hermits once residing there.

Ten kilometres or so from Vernon were the magnificent ruins of the twelfth century medieval castle of La -Roche – Guyon (or as it is also known, Fort La Latte).

Constructed at the time of the ‘War of Succession of Brittany,

the monolith towers over its much newer fourteenth counterpart which is adjoined to it via a tunnel, and the township of like name sitting at its base.

This is a must see on our next journey down the Seine.

Arriving at Vernon, the information book proved correct: the boat marina was far ­­­too small for Gratis and we also queried the depths,

so we moored instead at the dock – just in front of the large passenger cruise ships.

What we really loved here was the remaining section of the old water wheel that once worked upon the town’s long gone bridge.