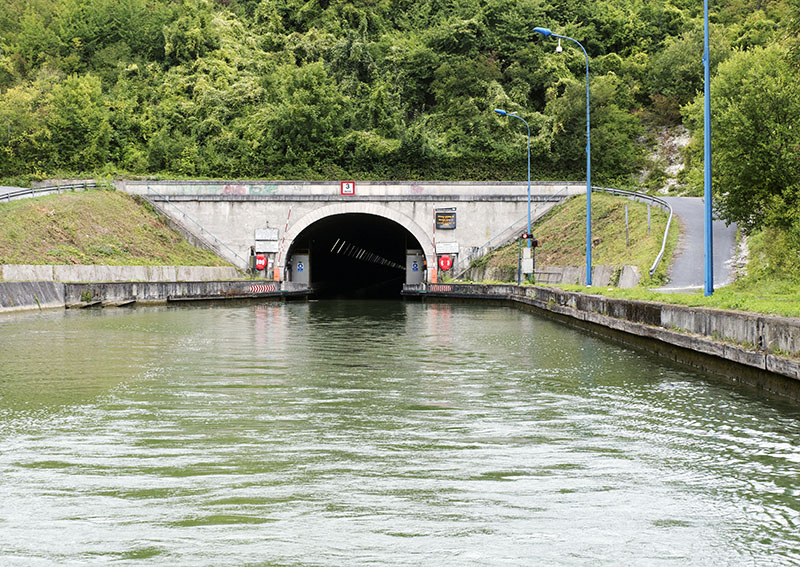 First thing this morning, Bob went through all of the engine system checking for blockages and found nought. This left only one other scenario causing the engine to cut out: the muffler.

Believing new parts would be required to solve the problem, we continued on our way, taking care to keep the revs below 2000.

With only five locks

and no more hiccups: although slow, this was an easy day of passage

and plenty of bird life.

What a feat the Ruyaulcourt tunnel was. Just over four kilometres in length, it led us through the mountainside. Well lit, it was plenty wide enough for Gratis and being well lit on both sides made for easy passage. The tunnel itself, is divided into three distinct sections. The two outer consist of a single track that only allows one way traffic, whilst in the centre is a large basin that enables watercraft to pass. Lights at both entrances and in the centre section control who moves when. The beauty of this innovative structure was that it enabled traffic from both ends to enter simultaneously.

with its water marshland habitat is the township of Peronne: this would be our mooring for the next few days.

Looking at the peaceful landscape now covered by farms and verdant forest, it is difficult to picture the trenches, battlefield and bloody warfare that were taking place here one hundred years ago, leaving in its wake kilometres of destruction.