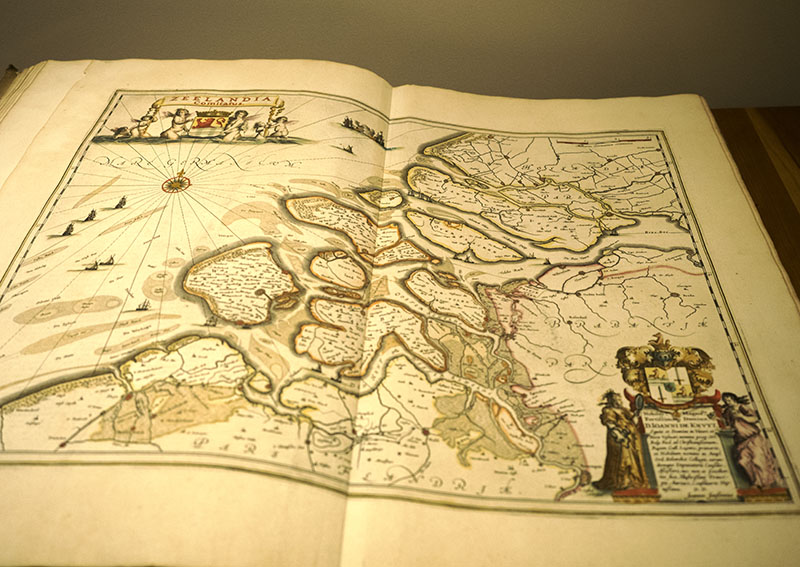 Being a sailor, the Mercator Museum in Sint Niklaas was just the thing to interest Bob, so off we went and weren’t disappointed.

Since man first realised the world was round, cartographers had met with what seemed an insurmountable problem: that of representing our spherical world on a flat surface.

Once the area being depicted became too large, distortions took place.

Then along came Gerard de Cremer of Rupelmonde, who changed the world of mapping.

Born in 1512, despite his father being a cobbler, with the assistance of his chaplain uncle, Gerard was provided with a top early education and his father later provided the means for him to spend his teen years and beyond studying at the University of Leuven.

It was whilst at university that desiring a name denoting his trade of scientist, he became known as Gerard Mercator Rupelmundus.

A devourer of books in an endeavour to further understand the world, the more he read, the larger the world became for him. It was whilst reading works by Ptolomy that he realised the incompleteness the records when it came to mapping: a result of the passage of time and discoveries made in the centuries since. It was then, that Mercator made the decision to create new geographical maps and aimed to make his own globes.

In order to undertake this mammoth effort, there was need for him to return to Lueven where he could undertake the studying of mathematics in much greater depth in order for him to create the globes and various other scientific instruments also required for this gargantuan task that lay ahead.

Over the course of his studies and work, Mercator deduced how to create a map that enabled the compass course taken by a navigator to be on a straight line that constantly intersected the meridians at right angles (rhumb line), thereby making passage at sea a much easier task since  all that was then required was the drawing of a line with a ruler, confirming the wind direction and continuing upon the same course.

In 1541, this brilliant man made the first world globe that included rhumb lines,

followed a few years later by a celestial globe,

but his real dream was that of creating a map that detailed the whole world for sailors. In his words, ‘Sailing at sea will be easier, and sailors will be grateful to me’. (from Mercator Museum: Map of Europe)

In 1585, the first part of his world book of maps that Mercator named ‘Atlas’ was published and was an immediate success. Work continued, and a few short months after his death in 1594 his first full atlas of the world was published.

A bit about the Gnomic and Mercator Charts

On the gnomic chart, lines of latitude are parallel and the meridian lines converge; rhumb lines are curved and circle routes are straight lines. Á large circle is the longest line drawn around earth. A section of the circle is the shortest distance between two points on earth’s surface. In courses 600nm or more, this is often the format used for long distance ocean sailing since the sailors attempt to find the shortest distance between ports.

On the Mercator chart, both lines of latitude and longitude are parallel; a rhumb line course of 40° crosses each line of longitude (meridian) at the same angle. The rhumb line is the course that all coastal sailors use, although variants such as tides, winds, currents and weather all play their parts in determining what the final route looks like.

This was an interesting little leaflet to read.