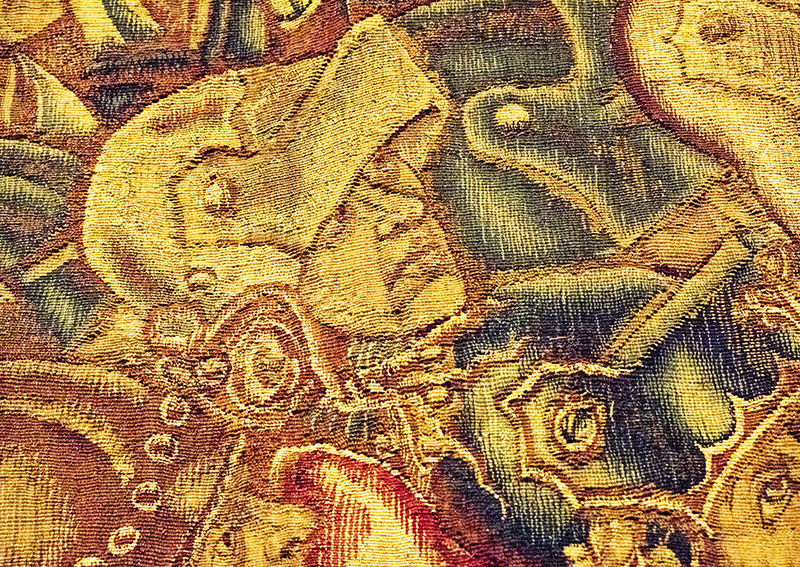 his was the day Bob and I designated to visiting various museums.

Housed in what was a pawn shop in 1622, we found housed here collections dating from prehistory through to the Middle Ages.

There was a font of information, including the family tree,

on the Merovingian Era.

I later found this interesting read.

Information on the games once played.

and a replica of a dig site.

What caught our eye was this coffin created from leather.

where the history of Tornai was documented from 1100 through to 1945.

If one speaks to the Belgians, the story goes that Belgium was created to create a barrier between the warring factions of the Netherlands and France.

and the various sieges the townspeople found themselves immersed in. Most interesting were those undertaken by the English kings Edward III (1340) and Henry VIII (1513 in what became known as the Battle of the Spurs),

whilst in 1709 the Duke of Marlborough sided with the Spanish, whilst some decades later the French King Louis XV had his attempt in 1745.

This region of what was to become Belgium continually found itself caught in the centre of wars contesting the ownership of land and therefore battles for power.

A collection of weapons and uniforms led the viewer through the Belgian Revolution to 1914 and the onset of WWI.

Although small, Bob and I found it to be a trove of information.

Along our travels traversing between museums, we came upon St Georges Tower.

This lone structure once formed part of the original fortification surrounding Tornai and was constructed between 1197 and 1202:

A major highlight for us this day was the Musée de Folklore – la Maison Tournaisienne.

Housed in a twenty – three room building dating to the seventeenth century, the visitor found oneself immersed in life as experienced by residents of the township and its surrounding countryside during the period dating from 1800 – 1950. Fashion, religious life,

and domesticity: it was all there for the visitor to explore.

Final stop of the day was the Tapestry Museum

where Bob and I had the opportunity to view tapestries dating from all ages.

Quite often, they merited a much closer look.

Bob and I enjoyed seeing how the concept of a wall hanging altered over time.

This was a most eye catching item: a gate stop we are presuming.

In all, a most worthwhile day!

A Short History of Belgium from theculturetrip