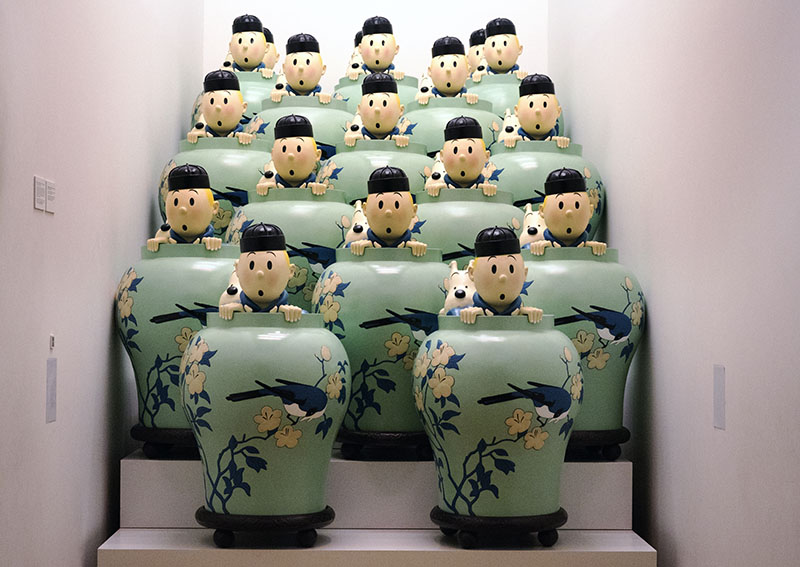 We discovered a secret. On the last Wednesday of every month, entry to Antwerp’s museums is free and we made the most of it.

Each floor dealt with a different display. That showcasing items from various cultures held our interest most.

From the top floor, there was quite a view.

Can you find Gratis?

The lock into the yacht club on the western side of the river at low tide.

A sense of humour.

During the 1300s, Belgium experienced two catastrophic events simultaneously. A massive famine and the outbreak of the Plague. Although the ramifications were great, these events would create a domino effect that altered the whole direction of Europe.

The poor – girls and women in particular – were most seriously affected, a result of malnutrition and living in unhygienic conditions.

It was during these times that a wealthy merchant saw a need for a home that catered for girls and women of the poor. Acting upon this need, he established an institution on site at the Sint – Elisabeth hospital. It was named ‘the Vrouwkenshuis’. In its early days, had seven beds that enabled a few fortunate women and their offspring to spend one night.

Realising how crucial this service was for the females, Henrik Suderman ensured funds were made available for the house to continue existing long after his death.

Moving on to the mid – 1500s, the breakdown of feudalism was well underway as the lower classes realised their worth and moved from land to city in search of work. In conjunction with this, a population spike – during the plague epidemics, between one third and a half of the human population had been decimated – took place. This meant that work became scarce, wages fell and the conditions of the poor deteriorated further. With parents unable to feed them, children were often evicted from home.

It was at this time that another saviour, Jan Van der Meeren, came to the fore for the orphaned girls.  During 1552, a new building was established alongside the Vrouwkenshuis, and with banked monies that provided interest that paid for its running costs, the Maagdenhuis was born. Here, the girls were well cared for and educated.

In later years, the Vrouwkenshuis was incorporated into the orphanage and 1663 was the year Gilbert’s heirs donated land, houses and money, thereby enabling further expansion to take place. At its height, the complex could cater for one hundred children. Here they were taught the three Rs, French and the crafts of sewing, making lace, spinning, cooking and washing. This education made it possible for the girls to find respectable jobs.

Arriving at almost closing time, our visit was rather rushed it was unfortunate that we missed the section focussing on the orphans and their life.

That aside, we really did like the stained glass windows.

This museum was the residence of French born Christopher Plantin. It was here that he and Jan Moretus established and grew what was to become one of the most influential publishing companies of the time. Today, the building has become a museum dedicated to the printing press.

Still set as though ready to roll, here we viewed the two oldest printing presses to be found, in excess of 20, 000 lead letters,

and the immense library

In addition, there were the furnishings to enjoy.

Last stop of the day was the train station.

About rich and poor at the same time Maagdenhuis Museum