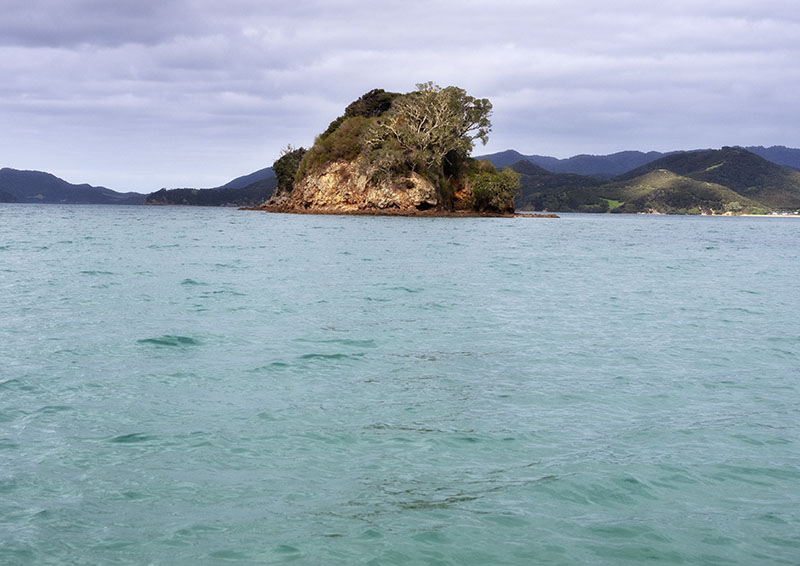 With a change approaching, the decision was made to motor the short distance across to the sheltered Awaawaroa Bay on Moturua Island.

Making the most of the weather window, a dinghy ride took us around to Waiiti Bay Bay.

First, a shot of our beauty,

then around to the next bay,

followed by a slow meander along the cliff base where small cave inlets abounded.

Roots tenaciously gripped the trees to the hillsides.

On disembarking upon the beach, a steep climb led us upward.

Stopping alongside a small creek, we discovered there were birds galore. With the smaller lens the shots weren’t that close, but not too bad considering. With a only the wide angle lens, the shots weren’t great, but they were enough to glean an idea of what we were seeing.