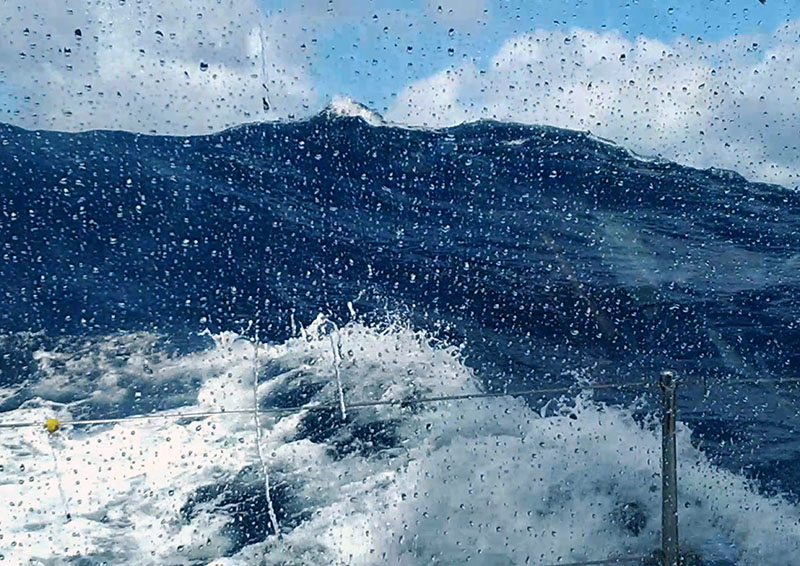 AND THE WIND DIED!

With the rising of the dawn, Australis 1 was placed on a beam reach and headed directly for New Castle. 415nm remained of the journey and we were now on the home stretch – or so we thought!

Once more, the main’s upper cars hadn’t held up to the strain and stresses placed on it the previous day, so the sail was dropped and had to await further attention until the sea state calmed.

We’ll have to install some outdoor cameras.

Over the duration of the day, Bob continued playing with the AP settings. There were two of the systems on board and a multitude of settings from which to choose! Exhausted and requiring a break, at long last success: something we would be highly thankful of the following day, we were to discover.

Mid – afternoon and the wind totally died. Enshrouded by rain, Lord Howell Island was a mere 75nm north and abreast of us: oh, what a delight it would have been to undertake a short diversion at this point and head that way, but our weather window for crossing was rapidly closing and storms would only worsen as the season progressed. Oh well, that’s for next time.