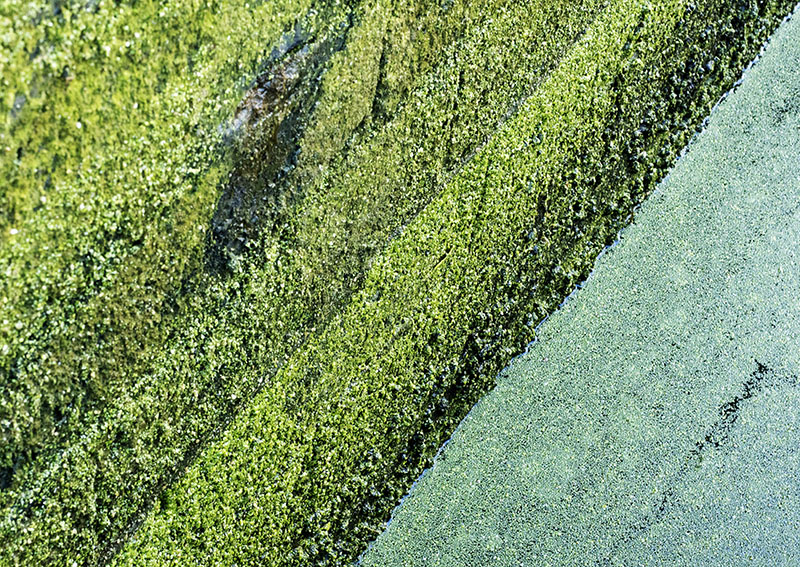 Another early morning start took Gratis through the lock into the basin that led the cruiser either seaward or southbound.

This morn, our path led us west to VYNieuwpoort and the slip.

The lift ready, in and up went Gratis.

It was now that the battle with the stony bank – resultant of that inept boat captain of the other day – presented its tale, as a deeply etched hull and broken prop with all edges bent or sheared off came to light.

Be as it may, other than for taking photos in order for notifying our insurance company of the issue, being on a tight time frame for our arrival in Paris meant there was nothing could be done at this time.

The prop anode replaced, Gratis returned to the water and to the basin returned.

From this approach, the full extent of the system became apparent.

North, was the entrance from whence we had come, east the now defunct lock into the Yser (that now took place via the basin), and south passage to Dunkirk.

A short wait whilst the lock was readied and into the southern lock we motored.

With wooden gates, this was another old beauty.

How different the countryside became!

Low flat farmland of tussocky grasses with sand dunes to the west.

As the day drew on, the waterway became a pathway of solid green algae that Gratis opened, only to have it to steadily close behind.

Late afternoon upon us, Gratis passed through an open lock and found the night’s mooring at Veurne just beyond.

Set upon a fertile coastal plain long ago reclaimed from the sea, it is here where bricks and tiles are also manufactured.

With alleyways and quaint structures, it was a delightful small township.

Most impressive was the cobbled Grote Markt with its architecture dated to as far back as 1230 in St Walburga’s Church.

So often, it’s the quirkiness that adds to the appeal.