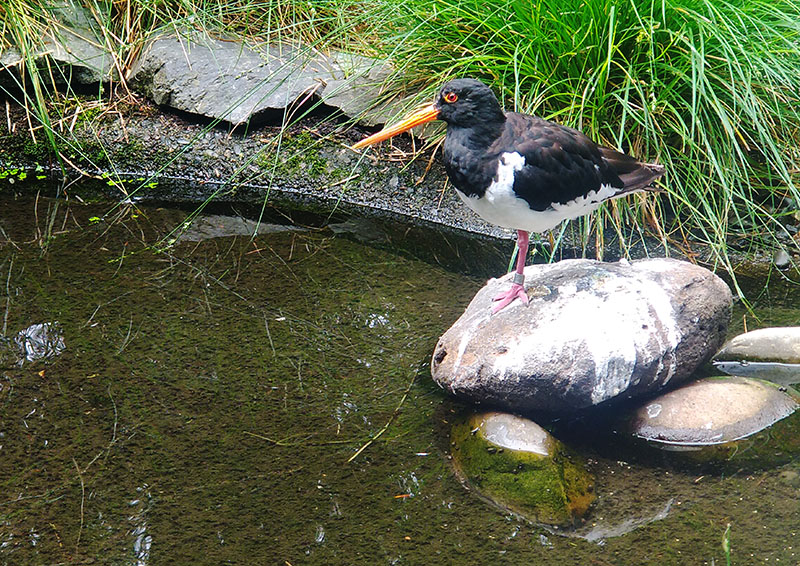 This morning Bob and I took our first break since arriving in New Zealand.

Packing clothes for a couple of days, we piled into the car and undertook the three – hour drive southward to the country town of Ōtorohanga. It was here that we caught up with some friends we met on our travels through Belgium last year.

In the heart of Kiwi country – the bird, not the people that is– the first of my bucket list ‘to see’ was ticked off. Just down the way from their home was the Kiwi House, where we had the opportunity to see a live one. (In case you are wondering, the remainder of my animal bucket list contingents are the Kakapo, Wetta, Kea – of which there were a couple here at the sanctuary).

I may not have been able to take photos of the real deal, but there were plenty of others around.

Being a nocturnal avian, we were not permitted to photograph, so this was a visit to enjoy in the moment. Because of their colouring, the birds melded in well with their surroundings and were not easy to sight, but we did manage to catch a glimpse. Although I knew they were quite a large bird, in reality they are larger than I had envisaged.

So what else did we manage to sight on our meander through this park? A fluffy little morepork (unfortunately this was an planned visit, so I only had my phone on which to take happy snaps).

An Australian immigrant, a plover with attitude!

A duck with attitude! Thank goodness for the fence between, for upon sighting me, he took off at a bullet a gate and I would have been a goner.

It was a none stop affair.

and last of all, a kea: unfortunately the lighting was no good for capturing that image.

The township of Ōtorohanga had some beautiful Maori Totem poles

and a bust of two Maori sisters, the last of their immediate lineage.

Culinary delight of the day was found at the recently opened ‘Kiwi Cafe‘. For those who are GF or vegetarian, there were plenty of choices.

Eggs size of an ostrich’s

Chicks only in nest for period of 5-7 days