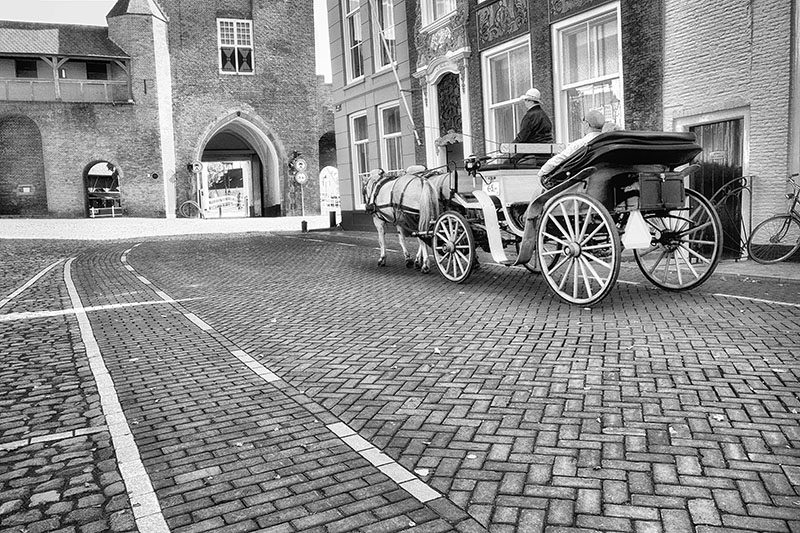 Days of drab grey cloud came to an end as fog and soft blue skies welcomed us upon waking.

Time to move on, Gratis crossed the flat Zuid Vlije, passed through Krammersluizen (jachtsluizen) – no radio or phone number here, the lock operator opens the gate when he/she sees you. On exiting into the Zijpe, we entered true tidal waters (leading in to high water it slowed us by 5km per hour ) once more and the seaweed laying upon the shoreline brought with it the welcoming aroma of the sea.

Having departed the island of Goeree Overflakkee the invisible line delineating the border of South Holland and Zeeland was crossed. On reading, it was with surprise that we discovered the reclamation of islands has been in progress since around the 1100s.

Mid – afternoon, we entered the channel that leads the water traveller into the township of Zierikzee, situated on the south eastern on of Schouwen – Duiveland. Once consisting of four islands, nature – with some assistance from man – gradually created one from four. A dam laying between what were once two of the islands, Schouwen and Duiveland, was created in 1610.

Bikes off, into Zierikzee went we. What an exquisite town, and so very different to Oude Tonge.

Walls and fourteenth century gates; drawbridges and palace; windmills and churches; cobblestone streets and towers; all from days of old are to be found here.

This was one of the outdoor displays.

As with many towns created from wood, Zierikzee saw its fair share of town destroying fires and the famed World Wars left their indelible mark. At the conclusion of WWll, 30 million kilograms of munitions were discarded in the Gat van Zierikzee estuary of Oosterschelde, which is situated just off the island: they remain there to this day.

Sighted from well out on the water, the Sint – Lievensmonstertoren towers above the landscape. If one desires to take it, the 279 step climb to the top provides breathtaking views of the landscape below. Constructed in 1454, in the original plan, it was to have been a massive 200 metres high. As a result of the recession of 1530, cost cutting was required (with the advent of monies recessions and cost cutting has always been prevalent!) and the tower only made it to a grand height of 62m.

When the original church was destroyed by fire in 1832, only the tower remained. Only metres from Sint – Lievensmonstertoren, the Nieuwe Kerk rose from the ashes!

A beauty in its time.