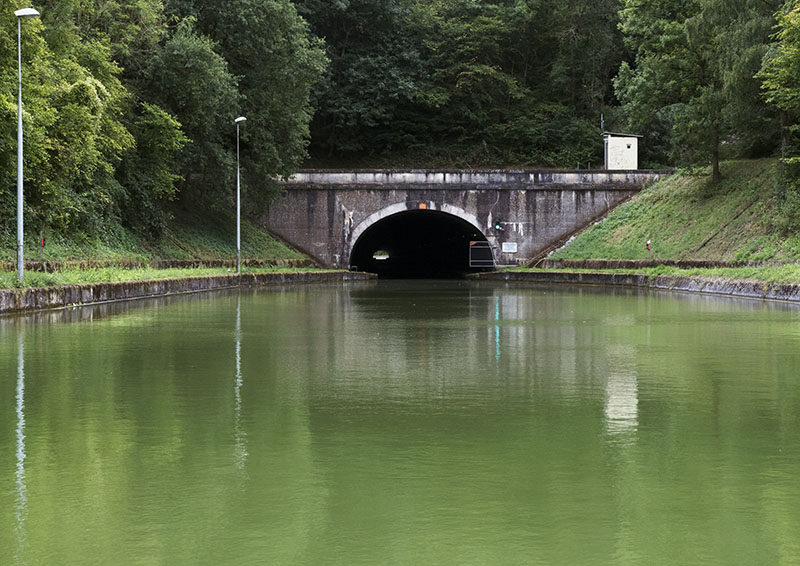 Prior to departure, Bob wanted to check out his theory of the engine issues being caused by the muffler and therein found the problem: something he had never thought would occur.

The water and exhaust box lives at the bottom of a sump in the lazarette, and it was down there that Bob had crawl. Fortunately, his experience in Yoga enables him to manoeuvre into his combined yoga master and dwarf persona.

He soon had the water box open, revealing that it was full of water: it shouldn’t have been for this causes enormous back pressure which in turn stalls the engine. The solution? Drain the box, then reassemble.

Next Bob contorted his body in weird and wonderful positions as he squeezed into the port side of the lazarette. Once there, he pulled the muffler and exhaust hose apart, but to his surprise there was nothing in there causing a blockage.

Reassembling the parts we tried the engine. Again, no luck, as within seconds the Big Bertha stalled. Standing in readiness at the indoor helm, I hurriedly turned off the ignition key.

The difference this time to all the others, was that Bob was watching the muffler. As he did so, the huge black rubber cylinder – nearly a meter long – commenced swelling up like a balloon.

Back to the muffler went he and slowly pulled the hoses out of both the inlet and outlet: therein lay the problem.

Over the past eight years of operation, the inlet hose had inched inward as a result of the usual vibrations and eventually blocked itself, thereby creating a backflow issue.

So there it was!

If you’re not careful, the hose can be pushed in too far, which puts it into the bottom of the first chamber, therefore blocking the exhaust products from moving to the next stage of the muffler.

Well there’s one for the mechanical memoirs!

Mechanical issues rectified, it was time to depart. Paris was calling and there were just over two weeks remaining until our arrival day.

Being a Sunday, the waterway was practically empty.

With the exception of two, all locks were prepared and ready for us to enter immediately upon arrival. This was a real bonus, as it meant our travel time was significantly reduced in what was an almost 60km day.

Another tunnel – Panneterie tunnel, just over one kilometre in length was traversed. I was so glad to not be at the helm as the platform that ran along the port side of the boat (when heading south) had been washed away – probably from the wash created by the barges and motor boats, leaving only the section that was underwater. An additional issue was a small ledge that jutted out below water on both sides.

To protect Gratis’ hull, I headed quickly to the fenders, lowering them to water level as Gratis headed into what was at times a poorly lit passageway.

In a first we had the time, and I had the confidence to start helming Big G into the locks. First two perfect entries, the third didn’t come close. Focussed on the keeping our girl centred on entry, I had forgotten to check the wind and was too slow in turning the wheel when Bob signalled to do so. In addition, I didn’t put on enough power to assist with the correction and finished up bumping the side: with no time to lose, Bob took over. For me, lesson learnt for next time.

The marina for Noyon, Pont – l’Eveque, is situated just off of Canal du Nord in the Canal lateral a l’Oise.

Finding how to operate the power and water was an exercise in itself, as there was no coin slot on the power box nor signage indicating how to go about things in the immediate vicinity. Heading out along the canal bank, Bob eventually came across a credit card machine with an instruction board alongside. It turned out that this was where one paid for power and water. It’s actually the cheapest we have come across yet, with power for 24 hours costing just two euros.

Another plus for the town was the peace and quiet.