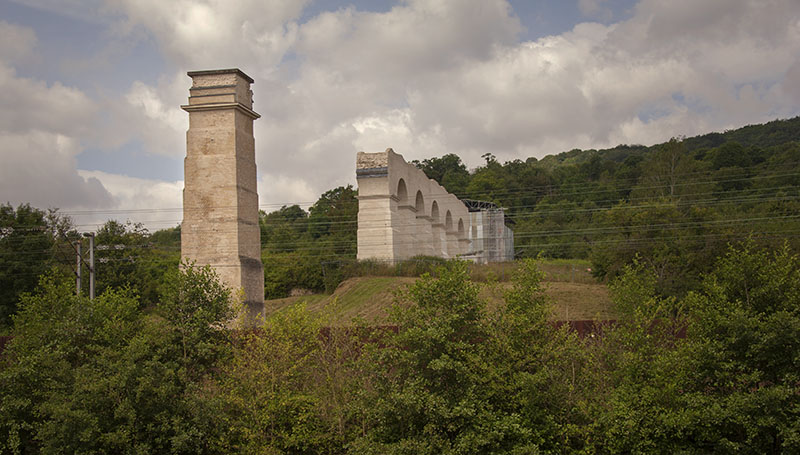 A distance of thirty kilometres travelled on this morning found us in Metz, a town with 3,500 years of history. Each invasion that took place saw alterations of one kind or another, and sadly much of the visual history had vanished into the annals of time.

Commencing life as a small Celtic mud hut village in 450BC, its peaceful existence came to an end 398 years later when the Romans came to town. During this time, a period of massive construction took place as aqueducts, paved roads and so forth were created.

As the power of the Roman Empire fell into decay, the third century saw the first of multiple Germanic attacks upon Metz: these came to a savage conclusion when the forces of Attila the Hun ransacked and conquered the township.

During the 400’s, Metz passed into the hands of the Franks, and over the duration of the following 400 years becoming a significant cultural centre. It was here, duration this epoch, that the Gregorian Chant was created.

The late 1100s saw a crucial step taken as the city was granted “Imperial City” status. This meant, the power and influence of the church bishops was reduced to such an extent they moved to greener pastures.

During the mid – sixteenth century Metz passed into the hands of the French Kings. It was now, that peoples realized how strategic was the position of this town and it was garrisoned against possible invasion. That time eventually took place in the years of 1870 and 1871 when the invasion of the Prussians during the Franco – Prussian War found the town’s rulers surrendering to the Germans. As in prior years, the Prussian retained Metz’ strategic position, and continued to do so until the conclusion of the first world war found the region passing into French hands as booty of the Allied success as they dismantled the Prussian kingdom.

Peace reigned for just a few short years as Metz became a battleground as the French attempted to defeat Hitler’s conquering army during 1940. Remaining under Germanic law during the remainder of the war, November 1944 saw a period of several weeks in which heavy artillery fire practically destroyed the township as the Allies fought for victory. It was then that the township passed into French hands and remains so to this day.

Highlights for us on this day were St Etienne’s Cathedral, Templar’s Chapel and the Gare Railway Station.

New glasses next year will enable me to use the tilt – shift lens: angles will be much improved.

As religion played such a pivotal role in the development of Europe, it is practically impossible not to include them as a regular place of interest in the itinerary.

This cathedral underwent construction between the years 1220 and 1522. What set the eglise apart from the rest were its size (an immense 4000m2 that contained a 42m high nave, was completed with a ninety – metre high bell tower) and the 6500 m2 of stained – glass windows that dated from the twelfth century to the 1960s. Otherwise, the inner workings were quite plain.

So much intricacy on the outer extremeties. You could spend a week here and still not see it all!

Part of the walls.

Once more, come a little closer….

Archway above the door..

Now for the inner sanctum..

(some of the image quality isn’t the best as lighting was poor and, with no tripod at hand I used the highest ISO possible. The shots give you an idea)

On the way to the Gare, an exquisite old water tower.

Constructed by the Germans, it was designed to house thousands of troops, horses and other military paraphernalia within a 24hr period: the intention? To engage in battle immediately.

Last but not least, the climax of the day:

The Templars were a military group that devoted their time to defending the religious pilgrims who journeyed to Jerusalem during the times of the crusades.

As with all structures dating back to this time – period, the state of the building deteriorated, but it has been lovingly restored.

Opening the door, one entered a darkened room that took you a step back in time. Frescoes decorated walls and ceiling: the visitor was left to wonder at what other treasures once adorned the space.

The information gleaned by research into its structure, this delightful chapel was designed in approximately 1180. Coming under German jurisdiction, in 1312 the Council of Vienna dissolved the Order and it disappeared from Metz, leaving only the tiny chapel as a monument to their existence in the region.