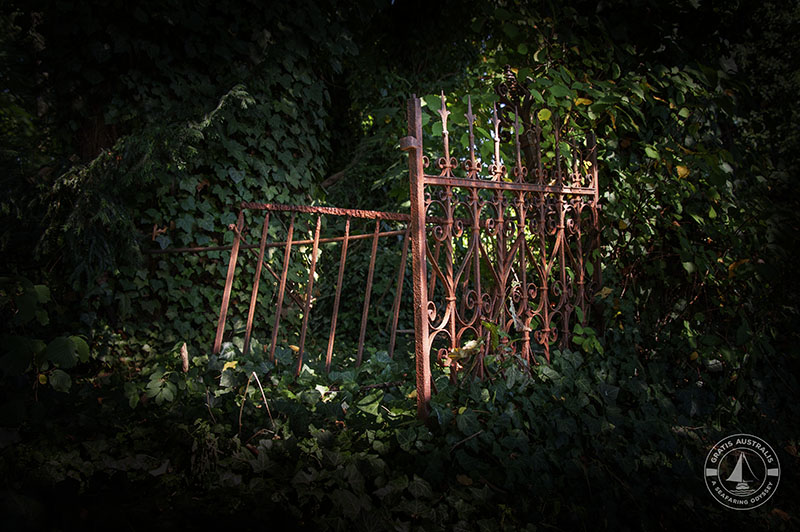 Some years past, my (Karyle) father had commenced researching his family tree and arrived at a dead – end on the eve prior to their point of departure at Hamburg, Germany. Basic information – such as birth dates and place of birth – on the family members that made the journey was gleaned from the family bible, in addition to the Birth, Deaths, and Marriage Registry Office. It appeared that all interest in family members remaining behind, or travelling elsewhere, was cut off with a sharp bladed carving knife on departing their last town of residence in Prussian Silesia.

Having departed Upper Silesia to escape religious persecution – and to possibly see their elder son escape conscription into the Prussian army, the family arrived in South Australia during the 1850s.

What was once Prussian territory along the Oder, is today Polish and only a short two hours or so from Berlin. It was too good an opportunity to miss visiting the region in the hope of gleaning further insight to the family and its movements.

Further reading prior to departing, didn’t prove promising.  Still no earlier connections could be found online and­­­­­­ through my reading discovered the reason for the difficulties.

Back in the 1800s the Kaiser determined that faiths would be merged into an all – encompassing Lutheran Church. This dictate was ill received by the majority of inhabitants residing in this region of Prussia. Persecuted for not bowing to the dictates of the king, a mass exodus of what became known as the ‘Alt Lutheran’ (old Lutheran) peoples to the New World, Australia and so forth commenced: with them also went their church records.  Add to this the destruction of towns, and ramifications that resulted from Hitler’s regime during WW2 as Prussia was dissolved and land divisions took place. In this case, the north –  eastern border lands returned to the Polish.

With this area of Prussia becoming Polish and communist as a result of the Russian influence, a mass cleansing took place, with the remaining Prussian (German) inhabitants forced to depart, leaving for Germany and spreading across the world in search of a better life. In their place, Polish inhabitants were compulsorily moved into the region. There was little chance that any family members remained.

Some years past, I had also read of how many records had been removed to Moscow and the powers that be refused to release them. In addition to this, the church there wasn’t known as the Lutheran church but the Evangelical (this was the new church created by the Kaiser)

Still, even with this knowledge, we held hope of the local cemeteries and churches still retaining some records via the gravestones.

Crossing the Oder River, we soon arrived at the Polish border. Having read of the roads being in an horrendous state and travel slow, we were most surprised to discover this was not the case. The construction of freeways and bridges on a massive scale had been, and still was, taking place.

The roads were good and the new bridges proved colourful.

Much of the road was bordered on either side by tall wire fences.

Other than for a change in language, there was no real differentiation between the two countries to start with.

Pine plantations and maize covered the landscape and there were signs of hay having been reaped. Moving east and away from the river, the landscape became drier: a marked contrast to the greens of Germany.

Expecting towns full of high rise, it was with surprise that we discovered tiny villages made of wood and brick dotted here and there.

Excitement shot through as we sighted the sign highlighting what we believed to be Johanna’s birth town of Heinersdorf, or Chwalecice as it’s known today, in the north had been reached.

Just prior to this tiny town was a massive cemetery of the modern era.

With several barns and tiny homes dotted here and there, it appeared to us that the town had been a tiny farming community, and remained so until only very recent times. The homes and land are now finding themselves becoming surrounded by much newer accommodations.

The first sight to grab our attention was that of the red brick church which, on later inspection, appeared to have been rebuilt upon much older foundations.

This led us to believe it probably was not the structure of the 1800s and earlier. A wall surrounding, we entered through the gate and circumnavigated the church grounds. Nothing there.

A bit of a wander later and Bob discovered a weathered town map that highlighted the position of the old cemetery with a faded black cross.

Enclosed by a brick wall, a larger set of iron gates were closed and appeared to be opened rarely – maybe they were originally for horse and cart, but a small pedestrian entrance allowed us entry.

Hopes that had risen with anticipation were quickly dashed!

The cemetery itself, was depressing. On the left, what had once been manicured gravesites were no longer.

Over grown with iron fence railings decimated, the occasional weather worn broken headstone leaning against the aged wall was all that remained.

To our right, an over grown jungle of trees, creepers and low bushes created a landscape of yellow greens as the rays of the summer sun wound their way between the branches in an endeavour to light the ground below. The passing years had seen the undergrowth rise ever higher, in layer upon layer, until now it crept over what were now small rolling mounds, all that was left of once cared for sites of dearly departed loved ones.

On we four ambled, to finally arrive at the farthest most point of the cemetery. Along the fence line yet more rusted fences in disarray, whilst to our right, the jungle had been cleared and replaced by two rows of graves that dated back to the 1950s.

Our deduction: the original Lutheran church goers were long gone and the graveyard left to lay forgotten until the 50’s, when a small section was cleared and reused. It then appeared that the newer Catholic cemetery we sighted along the way soon replaced this far older site.

Exploration of this tiny hamlet at an end, it was only an hour’s travel to Szcezecin, in search of the perfect winter home where waters would not be likely to freeze for Big G.

Sadly, this wasn’t to be, as little visitation by international travellers in larger cruising boats meant the marinas catered only to the smaller craft. Germany, it would be!

Back along our track to Gorzow Wielkopolski where we were to sleep for the night went we.