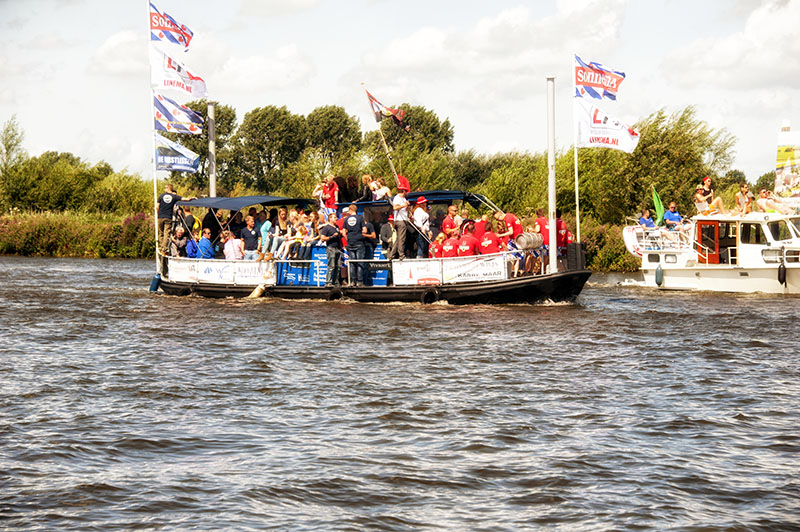 Bob and I are gradually wending our way along the 11 Frisian Cities route. The towns are generally more like a typical Australian country town or German dorf.

‘Where in the world are the cities smaller than villages? In Friesland of course. Our cities do not thank the title in terms of size, but their historical significance. It is the towns of the dreamers that show that you do not have to be the biggest to fall down and the doers who prove that you do not have to be richest to chase your dreams. The calimero effect? We do not do that.
We are small and they are big, and that is best.’

All was abuzz in Sneek when Bob and I ambled into the centre for an explore. It was Sneek Week, a week where sailors from near and far gathered to vie for dominance in what is the largest inland sailing competition in Europe: the major highlights being the last of the Skûtsje legs and the rubberboot race (That is, Rubber boat race, not boots!) on the final Friday. For those not interested in the racing, there were also concerts, and a fair to attend.