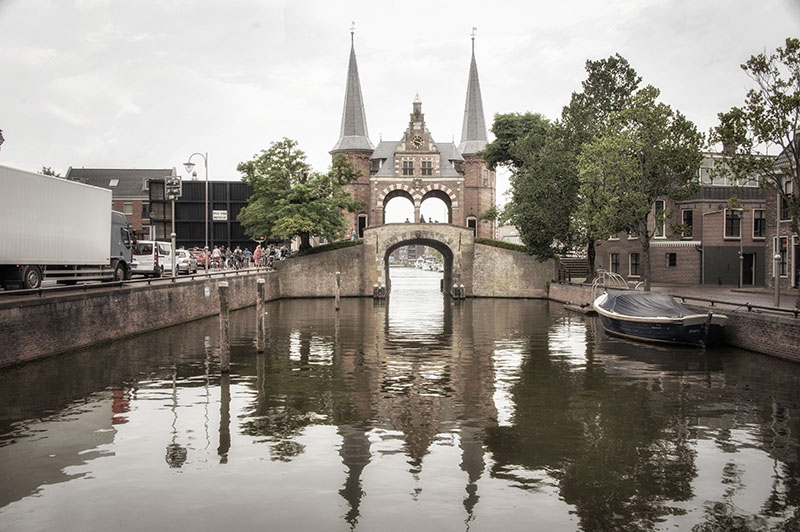 Lunch finished, it was time to head out for the last of our Sneek exploration. A little more was learned about the township’s history.

Situated on the edge of peat and clay areas, the township took form in the eleventh century when two terps were created in close proximity to each other. The first buildings were constructed on westernmost terp, the site where the Martinikerk now resides. The Martini Kerk, dedicated to St Martin, replaced a tuff church that had been standing since at least the eleventh century.

(Tuff is volcanic stone that was created from ash in eruptions of Italian volcanoes. Our summation is that the stone was brought here from Italy). Commencement on the gothic construction of today’s church took place in 1498. Three Roman towers remaining from the first structure were incorporated into the design. Over the centuries, numerous alterations have taken place: for more information, read the pdf provided below.

During the early years of the sixteenth century, fortifications were built. Totally surrounding the township, it was the best fortified town in Friesland.

Having many waterways and few roads into Sneek, this fortification was quite different to most of the day, in that it also incorporated five water gates that prevented entry via the waterways.

Sadly, most of the structure was demolished in the 1700s, and today all that remains is one gate that dates back to 1613.

Notes in English assisted us nicely.

Sketches of the traditional boats were there to see. There was even one of one used for sailing on ice.

How was this for a boat dating back to Roman occupation!

We weren’t sure about the hat!