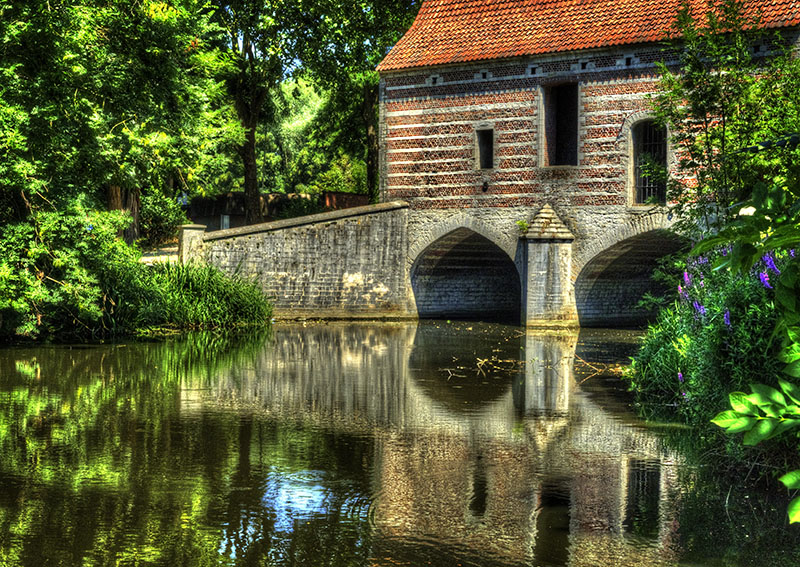 After wending our way through the streets to the market square,

where a major clean up was taking place after celebrations that incorporated the town’s giants,

our first stop was the 14th century Zimmer Tower and its Wonderclock at the time and space museum.

The son of a watchmaker and born in Lier in 1888, Louis Zimmer excelled at maths, geology and astronomy. Obsessed with the concept of astronomy and time, he created three masterpieces.

The Jubilee clock was the first of these and he presented it to the town on Belgian Independence Day in 1930, hence the name ‘Jubilee Clock’.  There was a time when the tower came close to becoming rubble, but thankfully the town’s people chose not to, and when Louis Zimmer presented the town with his first creation, it proved to be the perfect place for housing it. Newly renovated, the Cornelius Tower was soon thereafter named ‘Zimmer Tower’.

The clock is quite a sight, with each dial representing something. Commencing at twelve o’clock and continuing clockwise, we have: moon phases, moon’s orbit, the zodiac, solar orb, the weekdays – represented by the gods after which the weekdays were named, terrestrial globe, the months, the dates, seasons, tides and moon’s age – quarter, new etc.

Representing the four stages of human life, these are the clock’s striking mechanism. Each of the figures represented a person who actually lived.

With knowledge of the solar system amongst the populace minimal at best, Louis Zimmer also created The Astronomical Studio that covered all aspects of the above within the tower. The aim was for people to learn all they could.

Last of all was the Wonderclock. Almost 5 metres in height and weighing in at just over 2041kg, this master piece consists of 93 dials that are controlled by a total of 14 automated machines.

If you have a mathematical mind, as with the other two, this would be right up your alley. I was just happy to look.

At the museum, it was possible to purchase a small booklet with all of the information required for one to understand the workings of each clock.

The afternoon was spent riding. Aim? The nearby woods in which rare critters are to be found. Sadly, there were few entrances – all of which were not to be found. That aside, Bob and I totally enjoyed soaking up the peace and tranquillity.