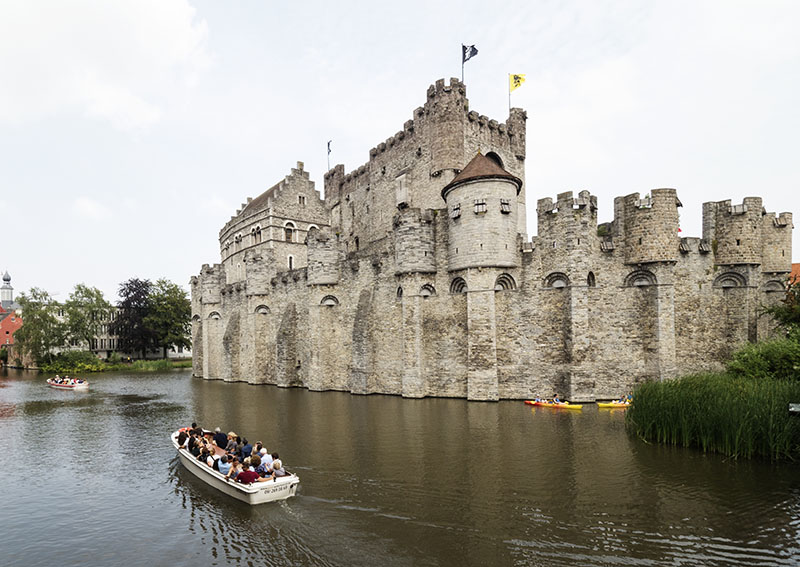 Today was the day!

By day’s end Gratis would be in Belgium. What excitement!

It was a pleasant 40km motor upon a waterway that was practically empty of commercial barges: it was Sunday and most – including the fuelling station just outside Terneuzen – were having their weekly break.

This canal led us through a region that was mostly heavy industry.

Our first sighting of Ghent provided the wow factor as multiple steeples led the eye toward the old city centre.

Into a narrow canal, a short time later a berth was found.

Bicycles off and in we pedalled, finding the eons old cobbled streets a real challenge. A 10th century castle where the Counts of Flanders once ruled supreme

and a multitude of architectures that the senses were overwhelmed and the eyes didn’t know where to look first.

All one can say is that it was awe – inspiring at first glance.