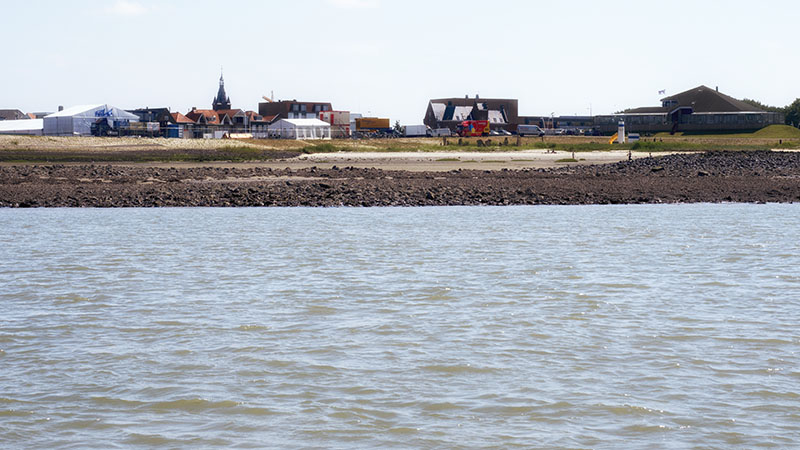 In conversations with locals regarding entry to marinas via the locks of the tidal Westerschelde, we were informed it was only possible at set times so two other options were left to us. Returning to Ghent then heading east, or retracing our steps north to Bergen op Zoom then head south to Antwerp. Surprisingly, the latter proved the shortest, so our decision was made.

Unable to find the fridge part required in Terneuzen, Bob ordered it from the UK, and seeing no sense in remaining there twiddling our thumbs in the coming days, Bob had the package couriered to Bergen op Zoom and we were free to go.

Working with the flooding of the tide meant Bob and I had a late start to our day’s travels.

Despite waiting for locks, the speed of the incoming tide assisted our speed beautifully and we completed the 60km journey quite easily.

The marina in Bergen op Zoom is attained by entering a channel that wends its way between a series of industrial sites before opening up into a massive pond where WV de Schelde is situated. Despite the working barges dotted here and there it looked as though a peaceful night would still be enjoyed.