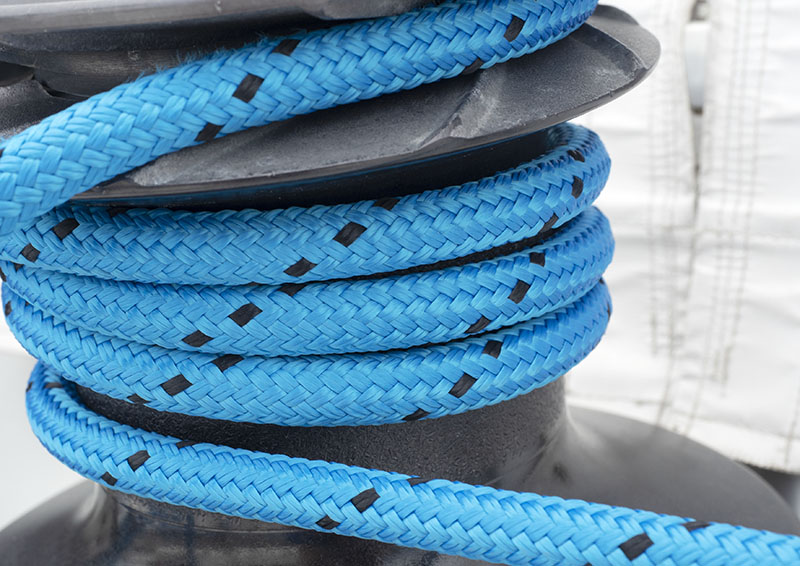 Our time on Australis 1 in 202o is rapidly coming to an end. Bob and I are working at pace to complete the jobs on the list for this season.

The new main sheet was installed.

With the rope on a large drum, it was no easy task.

Next on the list were measurements for the Genoa, Staysail and mast. Up went Bob – I really need to get a small camera to keep on board Australis 1 for the times when my hands aren’t free. He has decided to install a third furler to take a second genoa.

Last on the list were the new sheets for the sails.

The winches presently on the mast are far too small for the size ropes the sails use. It was time to remove, service and replace them with the two larger ones that had been installed at the stern. Not an easy task, Bob discovered, when the screws attaching them to the mast wouldn’t not come out. Instead, he had to drill through them.

and a new plate on which to sit the larger winches had to be cut.

It took some time…..

For myself, the varnishing in the forward cabin continued.

The cupboards, ports and lower wall are now completed.

Bob loves his food and this stir fry with marinaded chicken hit the spot.

The last of the large Sunbonnet Sues have been cut and tacked. Now for the stitching!

We loved Calais where remnants of its posterity can still be found.

The nearby township of Gravelines highlighted what Calais was before the horrors of WWII took place.